The Rev. Louis Grossen, a 1951 graduate who later served the college in several important support roles, passed away on Jan. 16 at Sharon S. Richardson Community Hospice. He was 85. 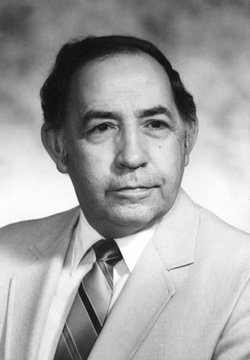 An ordained United Church of Christ minister, Grossen served a number of pastorates throughout the Midwest before, in 1976, being named director of alumni relations at Lakeland. Later he became the college's director of planned giving and church relations, before retiring in 1995. He was instrumental in the college publishing its first alumni directory, led alumni giving to record highs and logged tens of thousands of miles driving to speaking engagements around the Midwest to share the Lakeland story.

He received the Outstanding Alumni Award and Lakeland's award for distinguished service. In retirement, he served on the college's Sesquicentennial Committee.

As a student, Grossen was a member of Lakeland's first unbeaten football team, served as senior class president and was business manager of the Spectrum.

According to his wishes, his remains were cremated and a service will be held at Salem UCC, 217 Salem Drive, Plymouth, on Jan. 24, at 11 a.m. A short visitation will be held prior to the service at 10:30 a.m. In lieu of flowers, memorial gifts may be sent for the Grossen Scholarship Fund at Lakeland.

A complete obituary can be seen here.