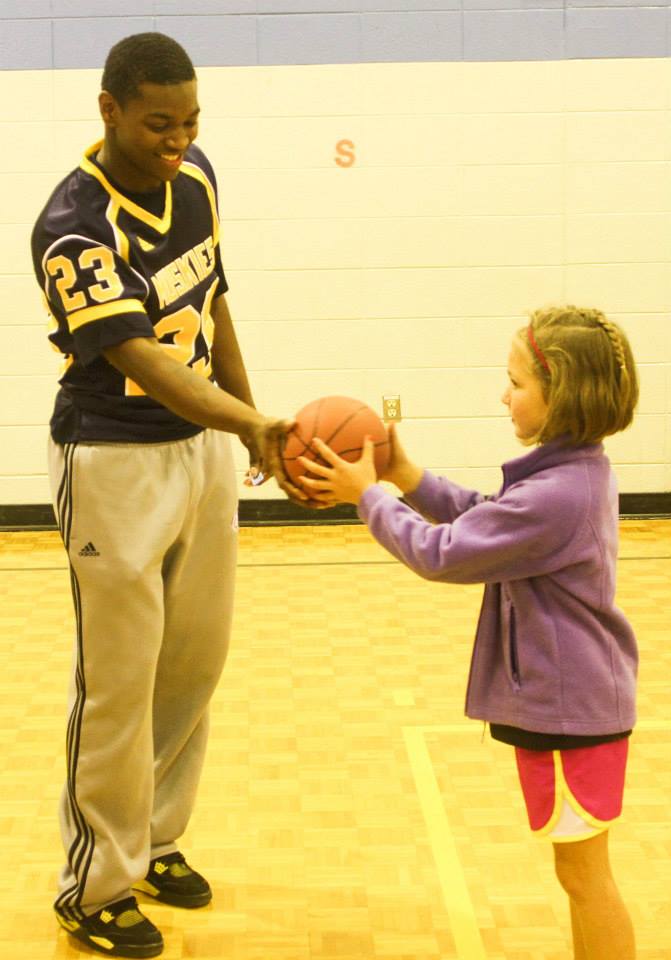 Head coach Kevin Doherty brought about 30 players with him to the Town of Sheboygan on Friday night for the popular event, which has been held at the school for more than a decade and which on Friday drew more than 300 students and guardians.

The Lakeland players ran the many various games and activities and handed out candy and prizes. Prior to Lakeland's involvement, parents had to volunteer for those roles. With the players manning the stations, parents and grandparents were able to enjoy their children.

"In many ways, our players get more out of this than the children do," said Doherty. "They realize the impact they can have by being positive role models in the community.

"A real testament to how much our players enjoy this is that we've got quite a few upperclassmen here tonight. They keep coming back each year, even though it's voluntary."

One of those upperclassmen, senior quarterback Dylan Van Straten, said this is his third year helping out at Lincoln-Erdman.

"It's a really fun experience interacting with the younger kids," he said. "To see the smiles on their faces is satisfying. They look at us like we're the Green Bay Packers."

Added senior wide receiver Chris Jaskulski: "We like to do things like this and make our reputation in the community strong. To be involved in your community is always a good thing."

First-year Lincoln-Erdman principal Amanda Barttelt-Schermetzler smiled as she described some of the players good-naturedly scaring the children "in a friendly way" along the school's LEEF Trail, a short outdoor walking path.

"It's a great way for the Lakeland College players to get involved in the community, and they certainly help us out a great deal," she said. "They're a great asset to us and we are very thankful. They're doing an awesome job relating to the children. They're naturals."