Two Lakeland College alumni named to Board of Trustees 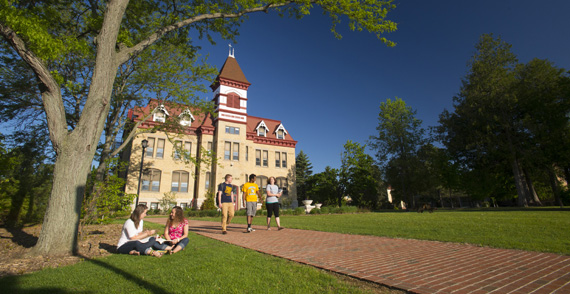 Two Lakeland College graduates have been elected to the college's Board of Trustees. Bob Loffredo, a 1970 graduate, and Jill Wagner, a 1992 graduate, will participate in their first meeting in October.

Their election in May by the current trustees brings the board's membership to 25.

"I am delighted to welcome these very successful Lakeland graduates to the board," said Robert Melzer, chairperson of the board of trustees. "They both bring a wide range of skills that will complement the talents of the current board. I have met with them, and they are both excited to help chart the future direction of the school they love and give something back to a place that helped prepare them for their successful careers."

In his current role, Loffredo directs the entire North American region, which has gross volume sales in excess of $200 million. Loffredo began his career with Snap-on holding various positions within the industrial division starting as an industrial sales rep in 1977.

Loffredo earned a bachelor's degree in education from Lakeland in 1970 and a master's degree in education administration from the University of Illinois in 1974. He taught school for seven years, was an assistant elementary principal and the assistant varsity coach of a conference champion football team for the Kewaunee, Ill., School District. He was inducted into the Lakeland Athletic Hall of Fame in 1982 in recognition of his accomplishments as a Lakeland football player.

Wagner is president of Appleton-based Integrity Insurance. She previously held the role of vice president of commercial lines for the property and casualty insurer. Wagner has worked in the insurance industry for 22 years, including positions with Rural Mutual Insurance and Acuity Insurance.

Wagner is a board member of Big Brothers/Big Sisters of the Fox Cities, served as the chairman of the Commercial Lines Underwriting Conference Committee for the National Association for Mutual Insurance Companies and is a Business Advisory Group Member of Lakeland College and Concordia University. She has also held numerous volunteer board positions with youth-focused organizations.