Most colleges offer an accounting degree. But our degree will make you more attractive to employers than most. Why? Because at Lakeland, you won’t just learn how to crunch numbers. You will get out of the classroom and apply your knowledge in a real-world setting. And that’s exactly what employers want to see on a resume.

Come to Lakeland, and your out-of-class accounting journey will include:

“We certainly provide all the necessary technical knowledge, but the link between classroom learning and actual experience in the field is what’s most valuable,” says Brett Killion, assistant professor of accounting. “We really emphasize becoming a strong professional and helping students get that actual experience, so when they go out into the work world, they’re prepared to be great employees.”

Lakeland’s Cooperative Education Program allows accounting majors to earn significant wages and academic credit while working full time for one of our accounting partners. Between scholarship awards and wages, students have the ability to earn more than $107,000 during their four years at Lakeland, which can significantly reduce or eliminate post-graduation debt. Accounting majors in the co-op program will graduate with 12-18 months of real world experience, further solidifying their resume.

Covering all the bases

Our accounting program is comprehensive. You will be exposed to financial accounting (record-keeping); managerial accounting (budgeting, forecasting, strategic planning); tax accounting and many other facets of this popular field.

“But we also offer a lot of flexibility in terms of emphasis tracks,” Killion says. “We have a fraud and forensics emphasis track and we have a finance and insurance track as well.”

White collar corporate crime is a growing problem in our society. We are one of only a few United States colleges that offer a fraud and forensic emphasis accounting degree. That’s a source of pride for us, and a valuable option for you.

“You are combining your accounting skills, your analytical skills and your detective skills, and putting them all together,” says Killion. “You’re almost an accounting crime solver. You’re not just sitting in a cubicle with a calculator.”

Listed below are just some of the actual jobs Lakeland University accounting students from recent graduating classes have landed: 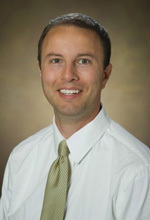 **Available business emphases that may be pursued can be found under Business Administration.