Given its black-and-white, highly objective nature, mathematics can seem like a relatively impersonal academic discipline. At Lakeland, however, you will discover that mathematics, like every other subject, is taught with a personal touch.

We have teachers who will really get to know you personally. We'll be able to monitor you as you work your way through the program, encourage you to participate in extra activities if we think you're not living up to your potential, give you extra help if we see that you're struggling in a particular class and write a personal letter of recommendation when you're ready to apply for jobs.

From pre-calculus to differential equations and linear algebra to topology and complex variables, Lakeland offers a full range of mathematics classes that will fit into the career path you choose. Mathematics can be a standalone major, but it also fits nicely as a major or minor with other majors such as chemistry, computer science and education.

Lakeland University graduates with degrees in mathematics pursue a wide variety of professions. The mathematics education program yields high school mathematics teacher certification. Graduate school is an option, as is becoming an actuary. Applied mathematics, which involves data collection and analysis in the corporate world, is another common direction mathematics majors take.

Listed below are just some of the jobs or graduate school positions Lakeland University mathematics students from recent graduating classes have landed: 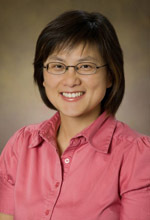