Lakeland University re-dedicated its two newest residence halls Thursday, honoring two of the institutions leaders and celebrating the completion of the largest single investment in Lakeland’s main campus in the institution’s 160-year history.

Lakeland constructed new versions of Grosshuesch and Muehlmeier Halls to serve freshman and sophomores, along with a water tower and related infrastructure. The project is primarily funded by a $35.4 million fixed-rate low interest loan from the U.S. Department of Agriculture (USDA) Rural Development division, which LU received in 2020.

The re-dedication ceremony featured tours of Grosshuesch Hall and a picnic that brought more than 300 people to campus, including LU employees, trustees, alumni and community members.

The two identical residence halls are located on the area south of the Younger Family Campus Center on the sites which had been occupied by the original Grosshuesch and Muehlmeier Halls, which were built in 1967 and 1964, respectively, and demolished in 2021.

“From the two years of planning and application to the USDA for funding, to the 18 months of construction during a global pandemic and unprecedented disruption in the supply chain ecosystem, we are here,” said Lakeland President Beth Borgen.

She lauded the work of Lakeland Director of Facilities Joe Beniger, a key figure in guiding the project while balancing the institution’s other facility needs.

Lola Roeh, a 1973 Lakeland graduate, current trustee and the owner’s representative on the project, said teamwork was key in navigating through the various challenges.

“This project, with these two beautiful new state-of-the-art buildings, represents the physical embodiment of Lakeland’s future, brought about by major contributions of time, talent and energy by families that this community supports,” Roeh said.

“With our collective vision and our attitude that we could overcome every obstacle, we did just that. These two buildings standing before you today are a true testament to the support, dedication and willingness of the team to find a way to make it happen.”

Lakeland Board of Trustees Chair Jeff Spence, a 1983 Lakeland graduate, recalled moving into Grosshuesch Hall in 1978 where he met classmate Jay Grosshuesch, whose grandfather, Calvin, was a brother to Paul Grosshuesch, the building’s namesake.

“It was the first time I moved away from home, and it represented an opportunity for growth,” Spence said. “The learning that happened there was just as important as the learning that happened in the classroom. These buildings represent that space where students can find themselves. When we put students together, we create a community that allows them to grow beyond measure.”

Jake Sagal, a junior from Random Lake who will serve as a senior residence assistant in Muehlmeier Hall, was introduced to Lakeland when he was 7 when his sister, Amanda (Sagal) Erickson, and her future husband, Ryan, were both Lakeland students.

“I’m excited by the progress we’ve made, and we’re just beginning,” Sagal said. “We’re constantly in a state of evolution, and as a student that makes me really proud. I can’t wait to see what’s next. It’s a mystery, but it’s an exciting one.”

The new halls provide Lakeland with 400 beds, compared to 291 beds available in the halls they are replacing. With the completed halls, Lakeland will house students in seven residence halls on campus.

David Gross, the grandson of Grosshuesch and great-great-grandson-in-law of Muehlmeier, spoke on behalf of the family. Seven generations of the Grosshuesch family have been part of Lakeland’s 160-year history, and several members of the family attended Thursday’s ceremony.

Gross’ parents met at Lakeland (then named Mission House), graduated and were married. The family lived for a time in the basement of the president’s house while they waited for their home in Elkhart Lake to be completed.

“I am pleased to know the university saw fit to name a residence hall in my grandfather’s name and that his name will live on in the history of the institution,” Gross said. “I am reminded that my very being is rooted here. I owe my very existence to this place.”

Each building will have a basement to provide resident storage space and unfinished square footage for the ability to build out additional resident program space in the future.

Lakeland was the only college/university to receive a USDA loan in 2020. USDA officials noted that a primary reason Lakeland secured the loan was its innovative Cooperative Education program.

The Co-Op program offers students in all academic programs the ability to work full- and part-time jobs at partner companies, earn academic credit for their work and the ability to use wages earned to reduce or eliminate post-graduation tuition debt. 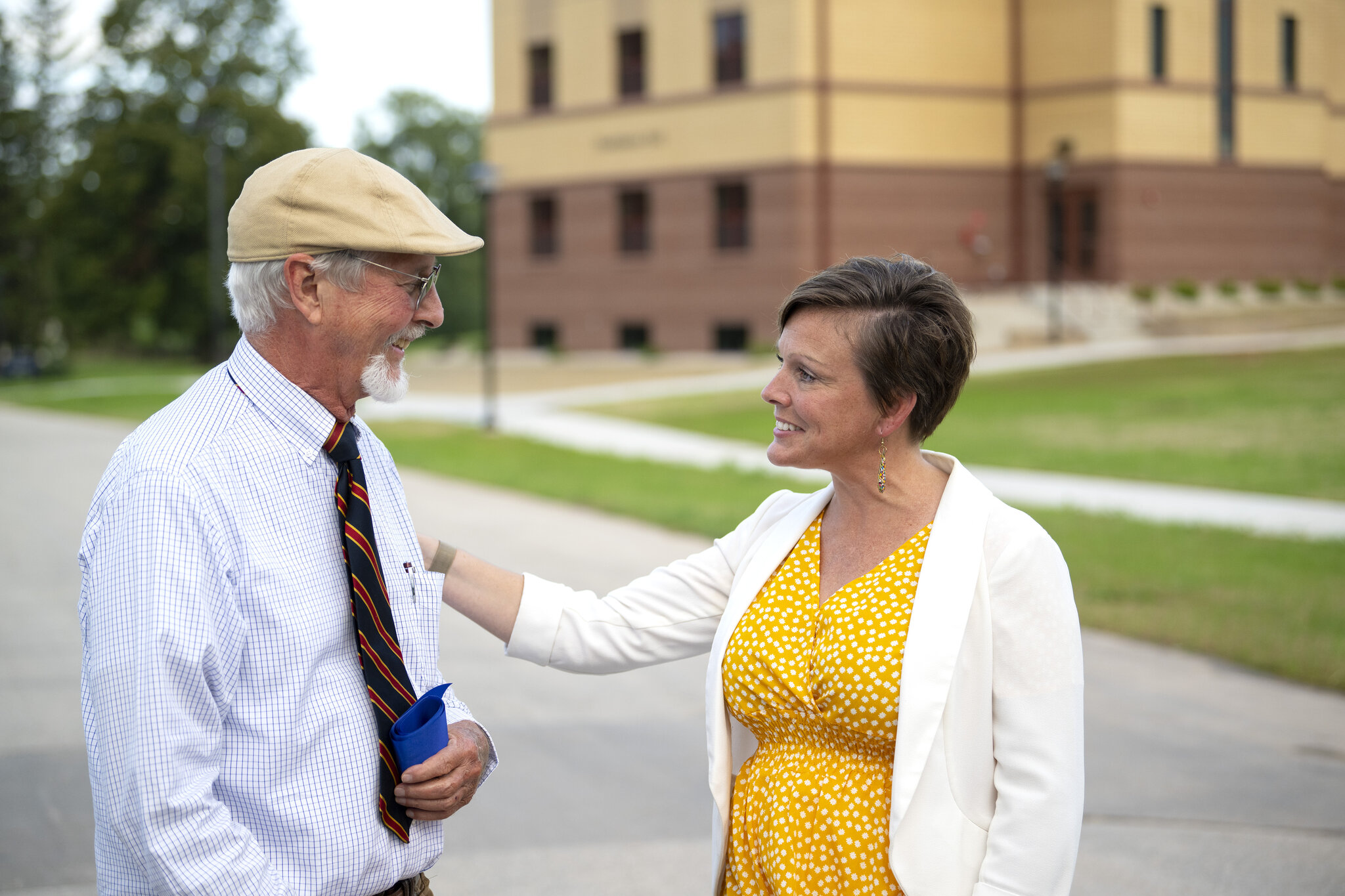 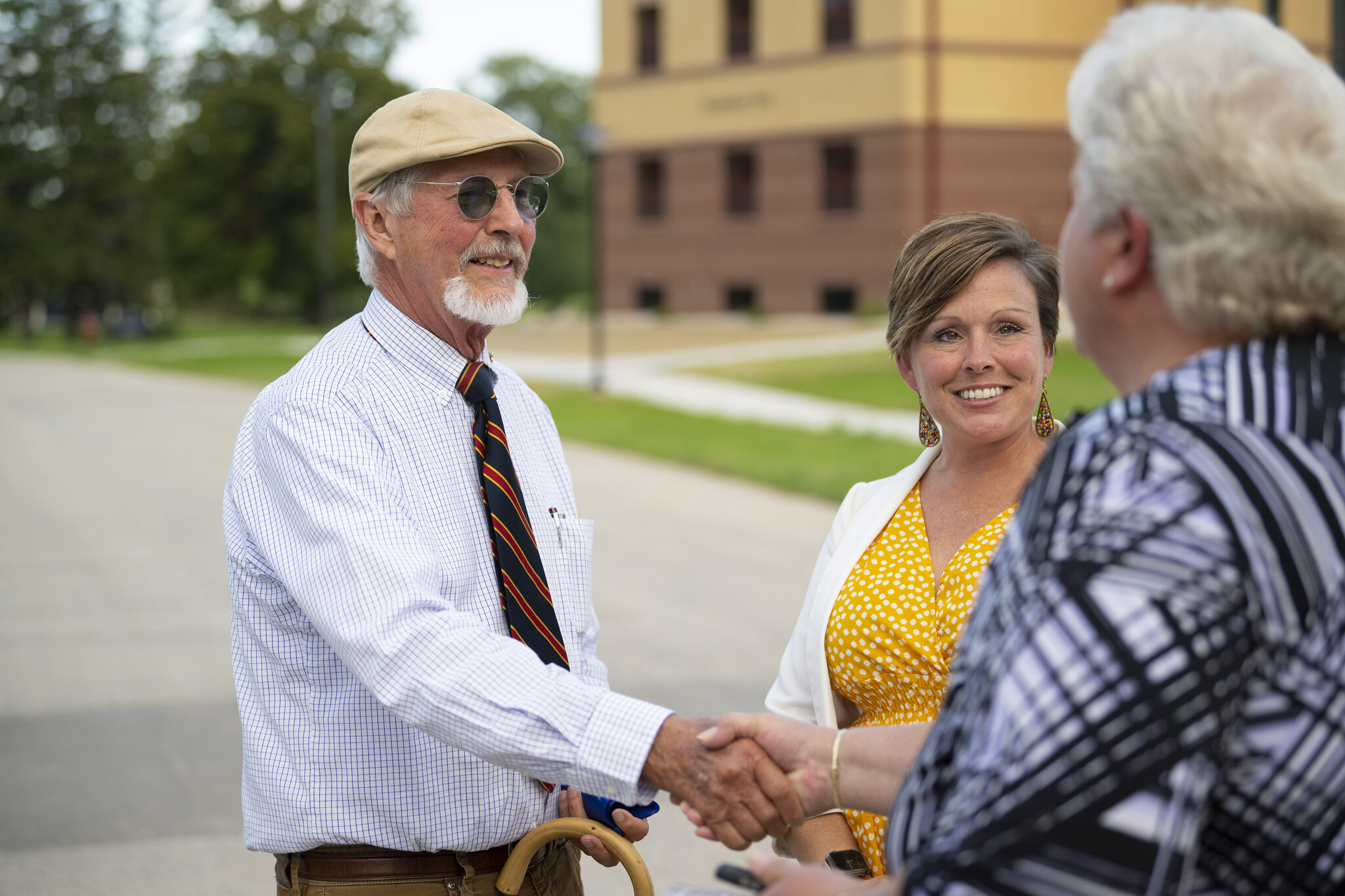 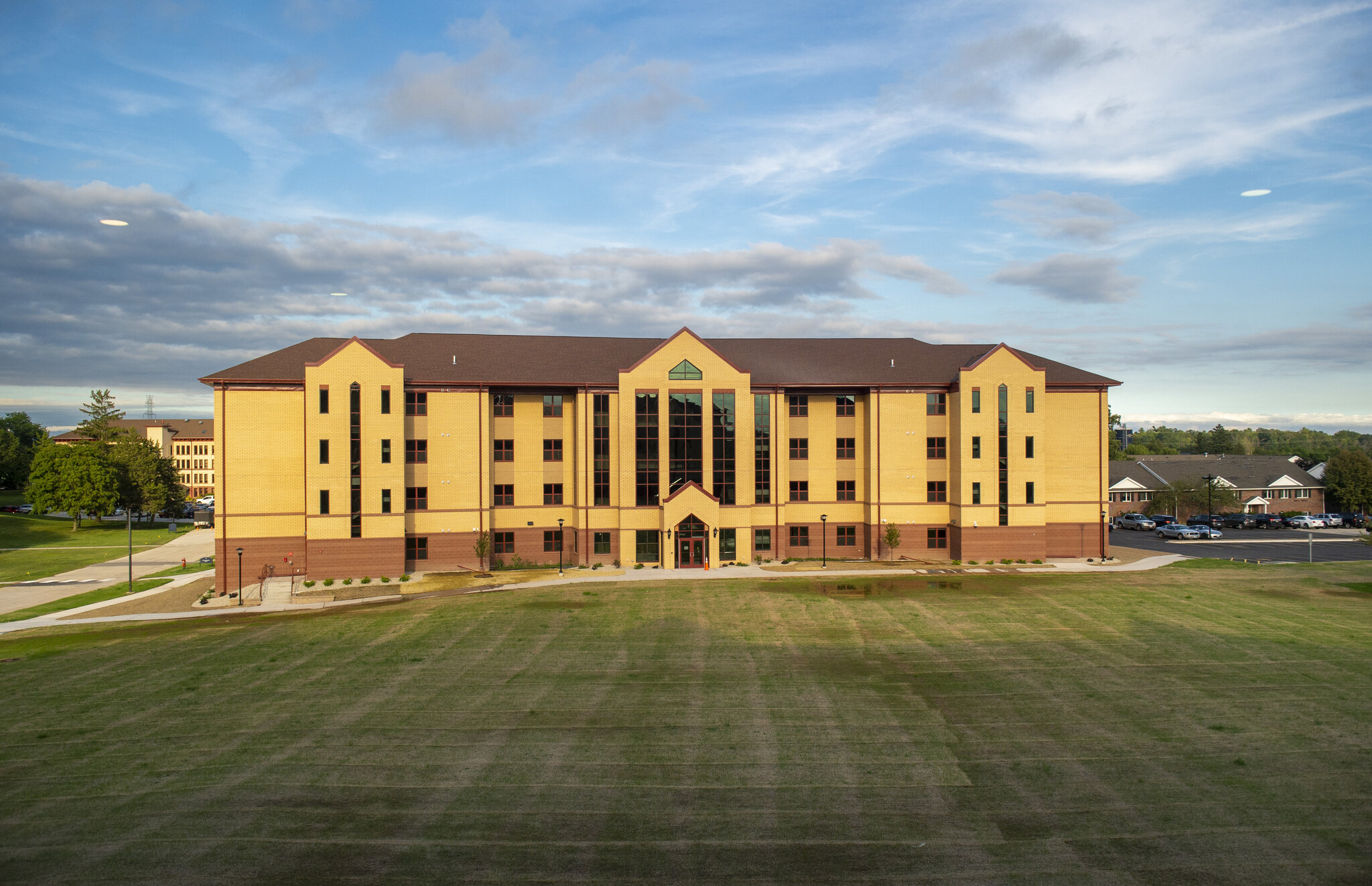 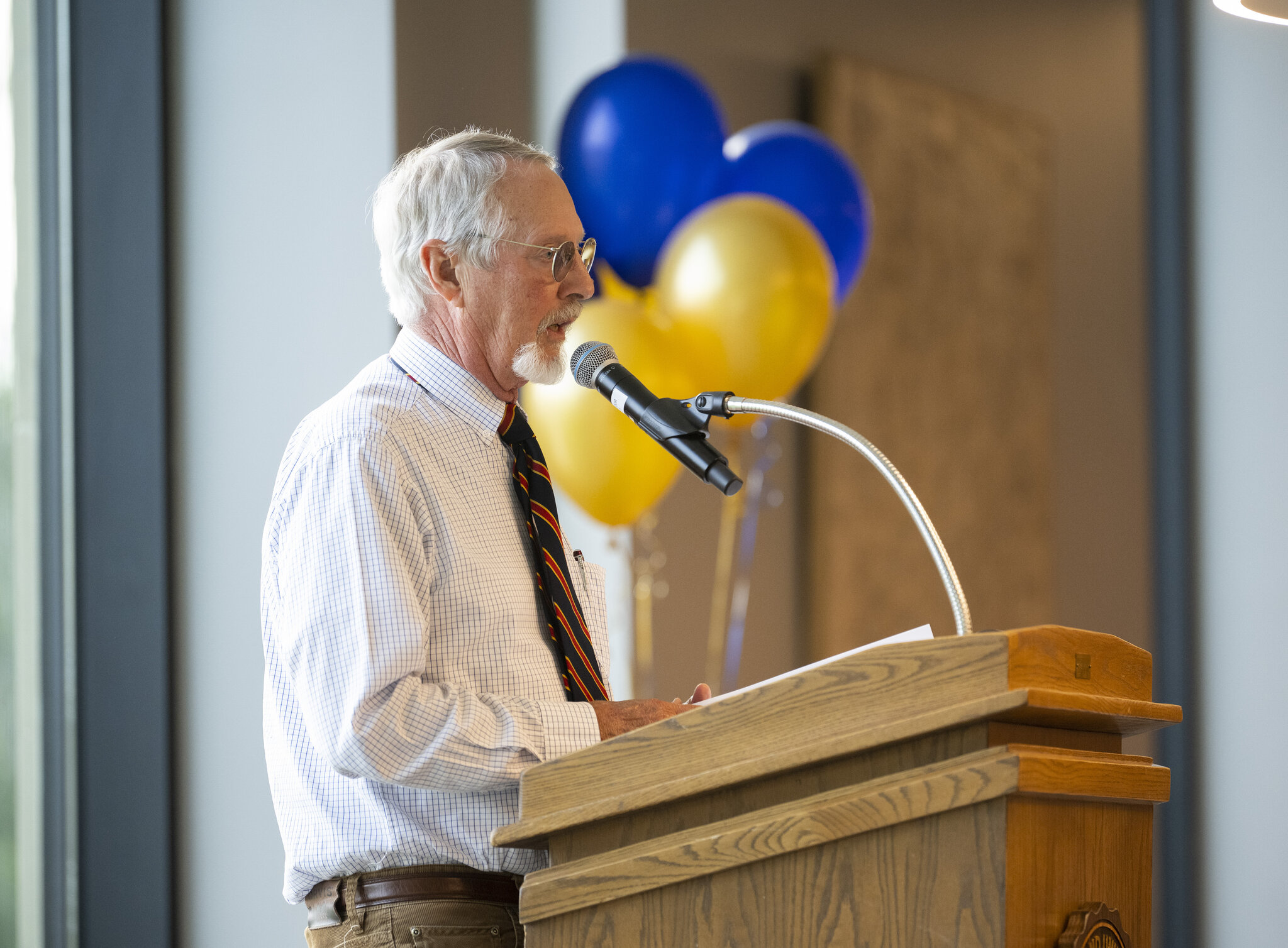 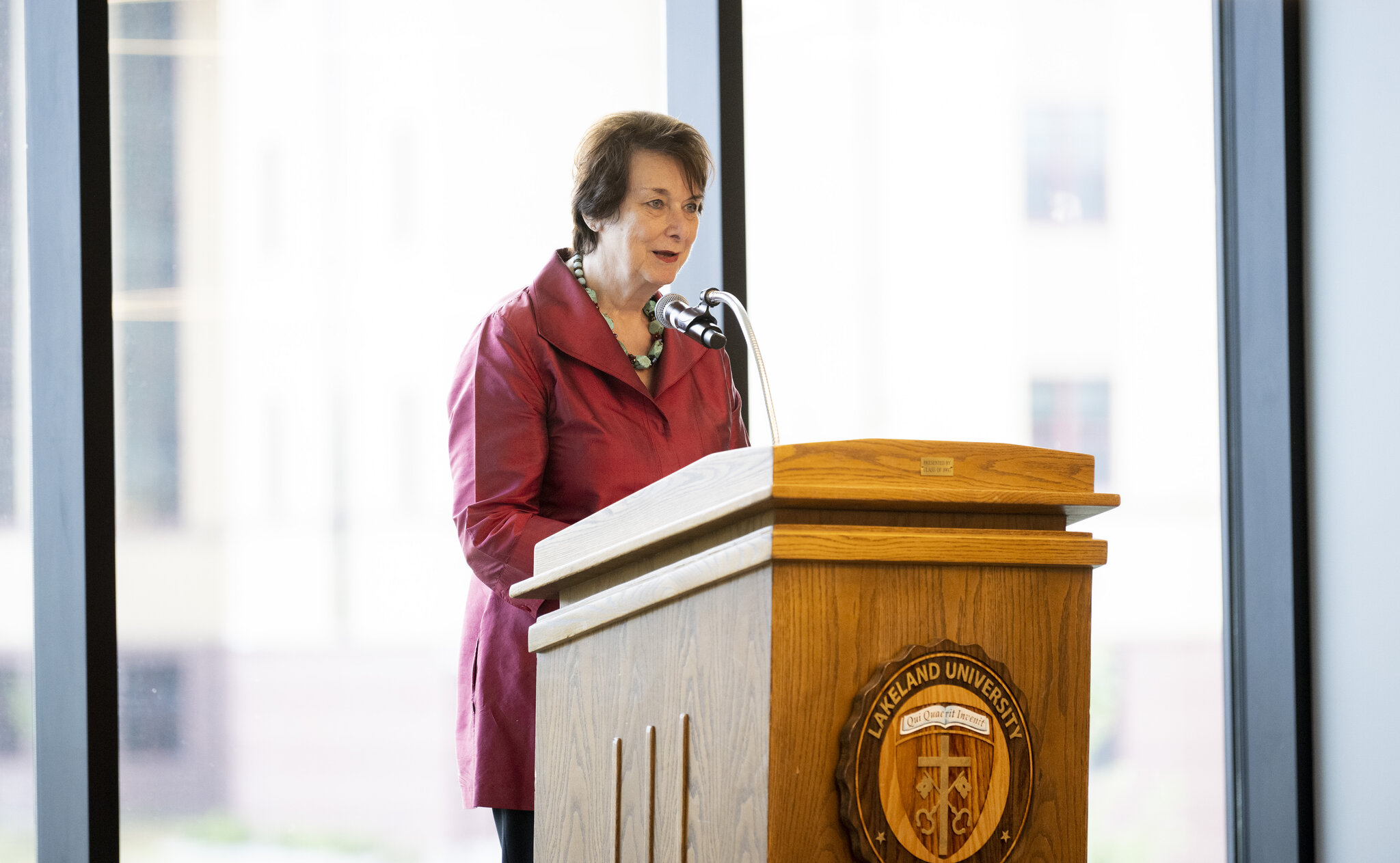 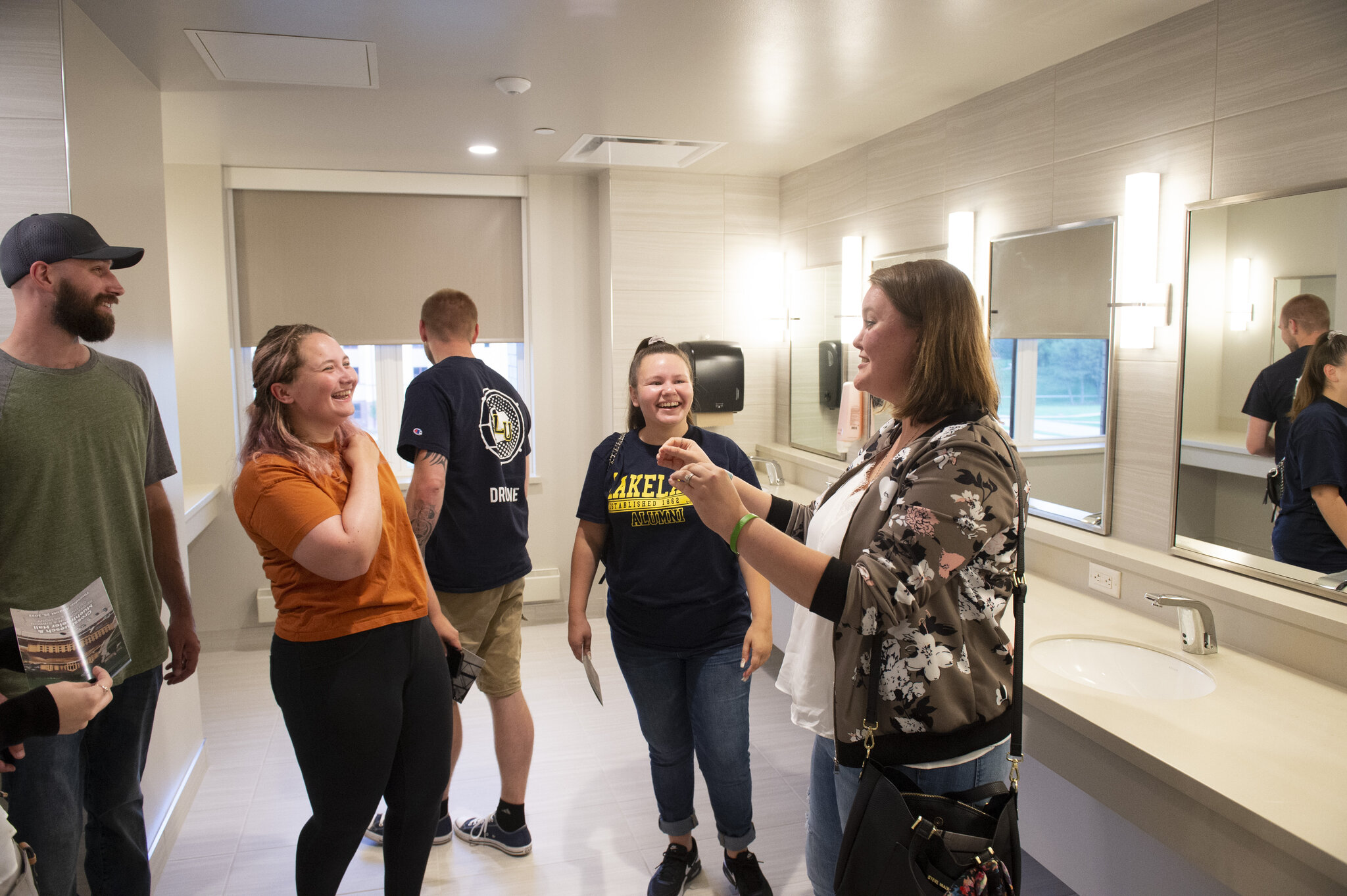