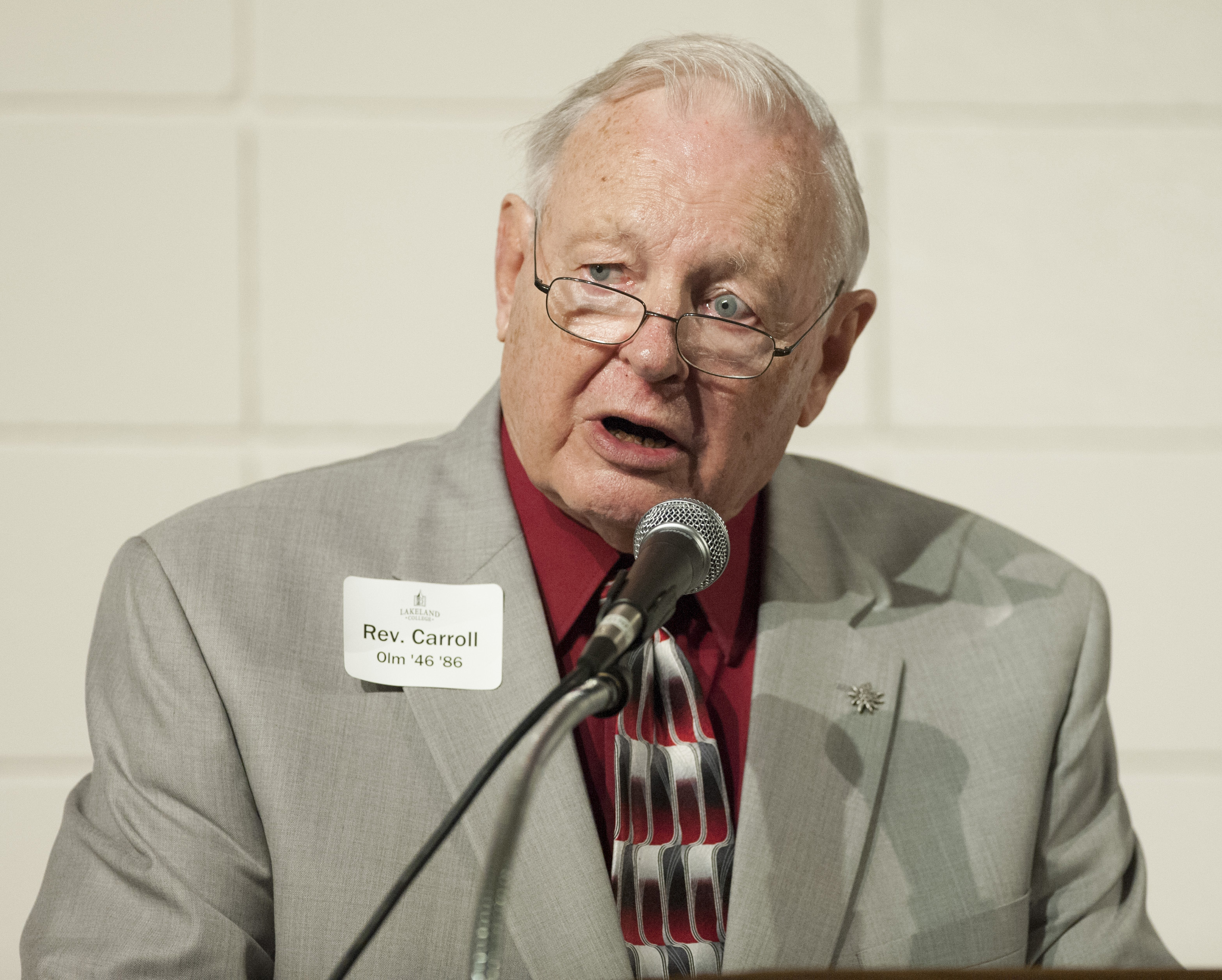 We are saddened to share the passing of the Rev. Carroll J. Olm on September 26. He was 95.

A native of Iowa, “Olmie” was a 1946 graduate of Mission House Theological Seminary (now Lakeland University), and in 1986 he was awarded an honorary degree Doctor of Divinity. At Mission House, he met the love of his life, Marilyn Rittershaus, who graduated in 1947. They were married for 70 years, and she passed away in 2018.

The Olms were lifelong supporters of Lakeland in a variety of ways, and together they received Lakeland’s Service to the University/College Award in 2014. Carroll also won Lakeland’s Professional Achievement Award in 1985.

Carroll created and wrote an alumni newsletter entitled ECHO for many years, which included news and information that helped keep Mission House and Lakeland College graduates connected. The newsletter is authored today by Larry Balleine ’71.

A leader in the burgeoning field of health and human services for the elderly, Carroll was appointed by Presidents Nixon and Carter and Wisconsin Governor Knowles to national and state commissions on aging. In addition, he served on boards for the White House Conference on Aging, the American Association of Homes for the Aging, the United Church of Christ National Council for Health and Human Services Ministries and the Wisconsin Association of Homes for the Aging.

He also became the first executive director and chaplain of Fairhaven Retirement Community, a position in which he served from 1960-90.

Memorials may be sent to Lakeland or Fairhaven.

After starring in the NFL, Ahman Green turns his eyes to eSports