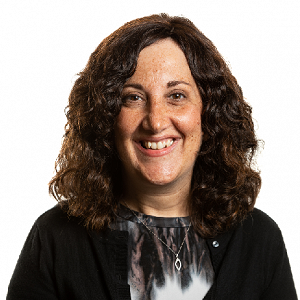 Jessica Kalmar came to Lakeland in 2013, most recently from the Yale University School of Medicine, where she served as an associate research scientist in the Mood Disorders Research Program, Psychiatry Department. While studying brain circuitry and cognition in various psychiatric populations, including bipolar disorder, attention deficit/hyperactivity disorder and major depressive disorder, she also supervised several research projects for Yale undergraduate and graduate students.

At Lakeland, Kalmar's research in the psychology laboratory has focused on stigmatizing attitudes towards individuals who suffer from mental illness.

Kalmar holds a Ph.D. in psychology with a neuropsychology specialization from The Graduate Center of the City University of New York. During the course of her training, she was a neuropsychology extern and served a series of pre- and post-doctoral fellowships at a number of hospitals, including spending a year as an instructor in the Department of Physical Medicine and Rehabilitation at the University of Medicine and Dentistry of New Jersey.

Kalmar is the recipient of numerous professional honors and several foundation grants, and served as a co-investigator on a grant from the National Institutes of Health. At Lakeland, Kalmar received the Faculty/Student Research Grant to study the factors that influence attitudes towards people who suffer from mental illness. Her research has been published in more than 30 professional journal articles and book chapters, and she co-edited a book, "Information Processing Speed in Clinical Populations."