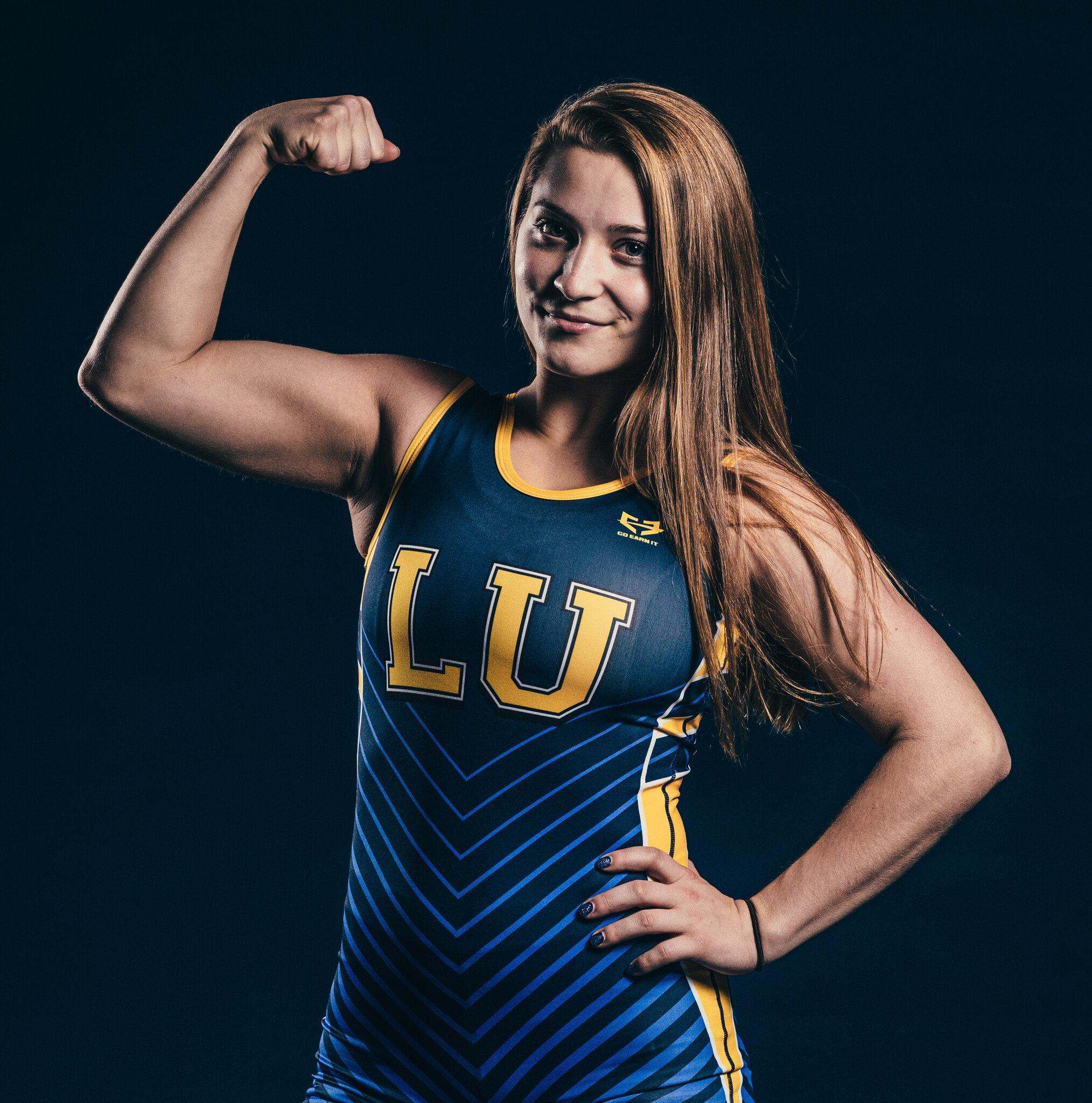 Gunderson works as a patient access representative at St. Nicholas through Lakeland’s Cooperative Education program. She spends 20-30 hours a week on a variety of responsibilities including the admission of patients, collecting co-payments and updating patient demographics broadcast.

“She is so good with all patients, even if they are not in the best of moods,” said Jaclyn Wiegand, supervisor of St. Nicholas’ Patient Access Department. “The amount of care and compassion shown by Katelynn is immeasurable. She makes everyone around her more feel more comfortable and at ease.”

Gunderson has been nominated for the annual Cooperative Education Student Achievement Award given by the Cooperative Education and Internship Association. The CEIA recognizes distinguished achievement and excellence by annually recognizing outstanding students who have excelled in or made significant impact in work-integrated learning.

“They always send the hard ones my way,” said Gunderson, a member of the Lakeland women’s wrestling team who is on track to graduate in May with a bachelor’s degree in business administration with an emphasis in healthcare management.

“The key is staying calm and not always relating but listening to them. We had someone come in and she was so scared. She knew something was wrong and she was so nervous. I just listened to her because I knew that’s what she needed. I can’t diagnose anything, but I can listen and be a good person.”

Gunderson has done so well that St. Nicholas has offered her a full-time role after graduation as registrar in the patient access department.

“Katelynn is exceptional at her job,” Wiegand said. “Before her probation period was over, she was training new colleagues. She is always willing to learn new things and take on more duties.”

Gunderson initially wanted to be a nurse, but she was drawn to the business side of healthcare by watching her stepmother climb to the role of CEO of a hospital.

Her senior year at McFarland (Wis.) High School, she planned to attend a local public college on the assumption that any other option would be too expensive. Lakeland hit her radar when the university created the state’s first collegiate women’s wrestling program. Gunderson had to wrestle in high school on the boy’s team and developed a love for the sport. Lakeland became an affordable option when she learned about the Co-Op program during the recruitment process.

“I was amazed at how they made a college education affordable by letting student work off the debt each year,” Gunderson said. “I am incredibly grateful for the program, as it gave me relief from a financial burden.”

The positive impact of Co-Op took on a new meaning in her third year at LU when her mother was diagnosed with stage four breast cancer. “The program has allowed me to be less worried about financial responsibilities and spend more time with my mom,” Gunderson said.

She can earn up to $2,000 in tuition reimbursement from St. Nicholas through her job, and she is the recipient of a $1,000 scholarship from the hospital, along with several other scholarships. She took a personal finance class in high school and managerial accounting at Lakeland, experiences which showed her the benefit of using her wages to help pay for school. She is on track to graduate with little debt.

“If you would have told me that I would have all this planned out before graduation, I would have said you were crazy,” Gunderson said. “I am someone who plans ahead, but I didn’t think I would find my dream position and be in it for a year already.

“I love the people I work with; I am really close to them. The CEO of the hospital knows me by name and jokes about me being part of security because I am a wrestler. One of the aspects of my job I really enjoy is how my co-workers mentor and guide me. It feels good to know that they recognize my talents and abilities as a team member.”

Gunderson’s initial work experience was at Lakeland as a prep-cook for Dining Service. After one year, she was promoted to a supervisor role and she oversaw and trained new employees, managed inventory, prepared weekly menus and co-created recipes, all while developing leadership skills she uses daily.

Her second work experience was with Lakeland’s Co-Op and Career Readiness Department as the student assistant. She was responsible for Co-Op scholarship interviews, revising resumes, create marketing materials and helping host campus events. These responsibilities helped her develop confidence and gain additional skills needed in a business environment.

She’s also developed superior time management skills thanks to juggling a full load of classes, being an athlete and working.

“If people saw my calendar, they would have a heart attack,” Gunderson said with a laugh. “I have learned from my parents, coaches and mentors about the importance of time management. I was pretty well organized coming to Lakeland, but I have developed those skills even more here.

“Sometimes I find it crazy that I do all these things and live off campus with two dogs. I make time because these things are important to me.”

Gunderson has also learned many lessons from wrestling, including overcoming gender stereotypes as she competed against and often beat her male opponents.

“I would hate it when they would throw their headgear and be mad that they lost to a girl, Gunderson said. “I had to call out some men and tell them, ‘Knock it off, you’re degrading the sport.’ It taught me that you need to hold your ground, stand up for yourself and be ready to communicate in difficult situations.

As for the future, Gunderson said she can see herself managing a nursing home and focusing on the care and safety of the folks they serve.

“I’ve always gotten along with people in assisted living,” she said. “I grew up playing bingo with my grandmother’s group. Even back then I guess I had a magic touch.”

Senior makes most of her Co-Op experiences