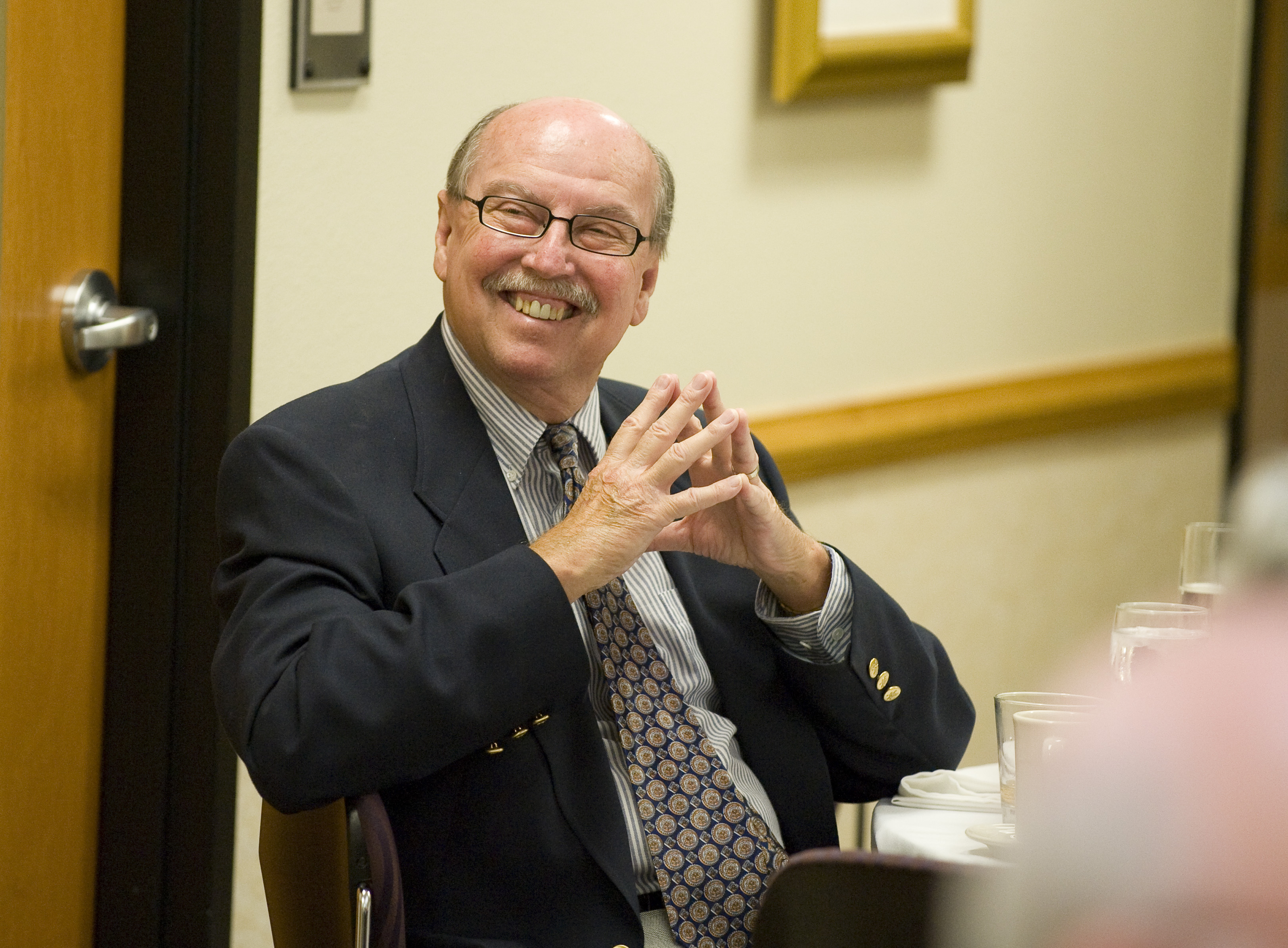 Ralph Mueller, a 1958 Lakeland graduate and former Lakeland employee who devoted his life to giving, passed away on August 11, 2020. Arrangements to celebrate Ralph's life will be made at a later date.

Ralph grew up in Waukesha, Wis., and after graduating high school he attended Lakeland where he was re-acquainted with a fellow Lakeland student, Diane Danner ’57. They knew each other casually from summer youth camps, and became better acquainted when they shared the stage in several Lakeland dramatic productions and when Ralph would give Diane rides home to Milwaukee. They were married in October of 1958, and their love of theater and music was something they would share all of their lives.

After graduation, Ralph worked at Lakeland for 17 years, starting in admissions and working his way up to development director and assistant to the president. Diane taught biology for a number of years and the couple lived on Prof Row for a time.

The couple moved to Pontiac, Mich., where Ralph was the development director and started the fundraising efforts at St. Joseph Mercy Hospital for 10 years. Although the Muellers left the college campus, Diane and Ralph remained dedicated members of the Lakeland family. They regularly hosted Lakeland’s annual Arizona alumni gathering, they were co-chairs of the Sesquicentennial Campaign and helped plan the celebration, and have been regulars at the annual Blasters golf tournament, Movers & Shakers Gala and other alumni gatherings throughout the year. Ralph and Diane were 1862 Society and Founders’ Society members.

In 2015, the Muellers were honored with the President’s Richard C. Preuhs ‘65 Award, which celebrates alumni who dedicate part of their career to Lakeland. Ralph received the Service to the College Award from Lakeland Alumni Association in 1977.

In 1984, Ralph and Diane moved to Marshfield, Wis., where Ralph began work at Marshfield Clinic as development director for the then-Marshfield Medical Research Foundation. He was instrumental in the fundraising for the Lawton Center and Laird Center for Medical Research.

The Muellers received the Legacy of Philanthropy Award from the Marshfield Clinic Health System (MCHS) Foundation, which honors those who are widely recognized as community philanthropists and have a long history of making a significant impact to Marshfield Clinic and the community.

Volunteerism was a passion for Ralph and Diane which benefitted the communities at every stop of their lives. Ralph volunteered his time with numerous community organizations too numerous to mention.

In their later years, the Muellers split their time between their home in Marshfield and a winter residence in Mesa, Ariz.

In a 2010 interview for a story in Lakeland Magazine, Ralph credited his Lakeland experience for his impressive career. “I didn’t care much about education when I arrived, but this place turned me on to it,” Ralph said. “Lakeland has done everything for me. I wouldn’t be where I am today and still enjoying it if not for the college.”

A complete obituary can be read here. 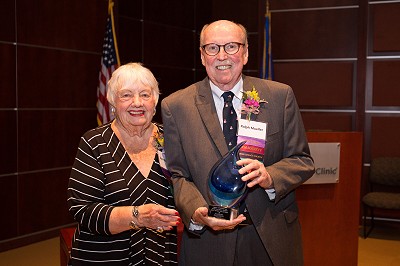