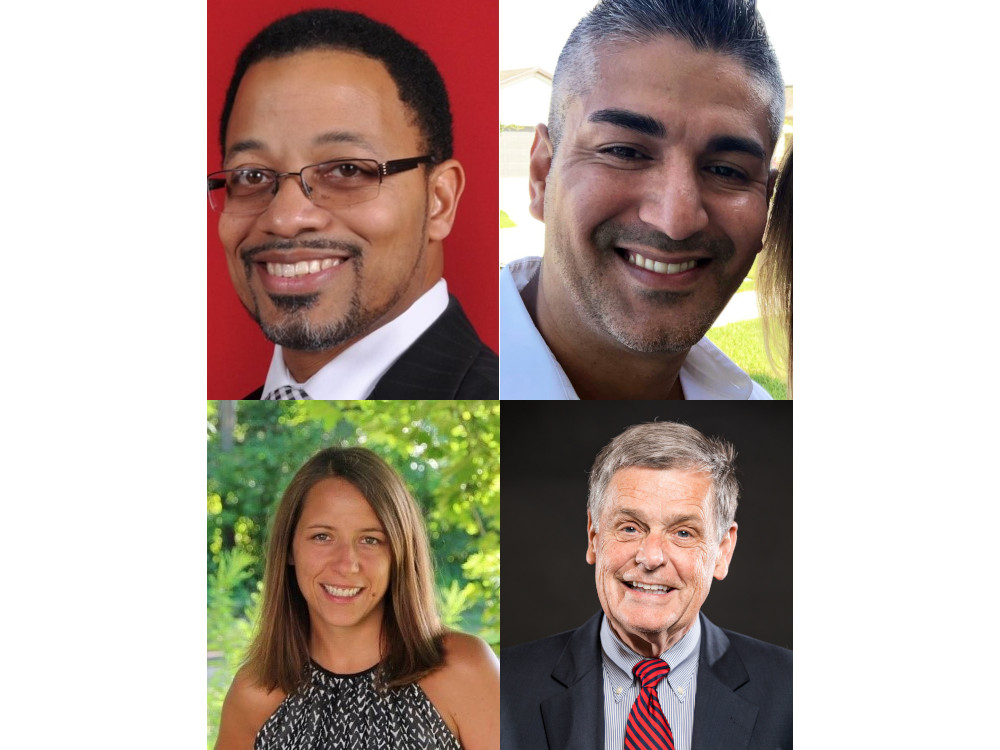 Lakeland University has selected four winners as part of its annual Alumni Award Winners series. Lakeland will honor these winners on Saturday, September 18, as part of Homecoming festivities.

Join the winners for a social and reception at 4:30 p.m., followed by a program at 5.

This year's winners are:

This award goes to an alumnus who has demonstrated excellent service to the university in at least two or more of the following: student recruitment, financial support, leadership among fellow alums, volunteer support of university programs, administrative/teaching efforts as an employee of the university, internships and/or job placement.

Moore has always had a genuine interest in his alma mater as conveyed though his visits to campus, regular attendance at the annual Essence of Heritage event, correspondence with current and past students and through his philanthropy. He invests in the future of the Black Student Union, the Beta Sigma Omega fraternity and Beta Psi Nu sorority with support and compassion.

Moore's service to students is exemplified through his communication with them. He wants to know what recruitment and retention efforts are happening, and he always assists as needed. Moore has furthered the Betas' Greek life experience by supporting a travel experience to a national conference.

This award goes to an alumnus that has achieved national, state or regional recognition for outstanding achievement in his/her profession.

Vollmer is creative director for the NFL's Tampa Bay Buccaneers, the latest stop in an impressive career working in professional sports. His previous roles include positions at the Brooklyn Nets, Rooftop2 Productions, Inc. and the NFL. Some past accomplishments include leading the Bucs' creative team during its Super Bowl run this past season, playing a lead role in designing the Nets new court and designing the look of one of the NFL's Pro Bowls in Hawaii.

Vollmer maintains regular contact with Lakeland staff and faculty, and he has spoken to Lakeland classes and mentored Lakeland students throughout his career, providing them with unmatched words of wisdom and best practices.

This award goes to an alumnus who has performed outstanding service as a volunteer in their community and/or civic organizations or through their supports of the Mission Statement of Lakeland University through their volunteer efforts.

Baer has been involved in a variety of organizations and causes during her professional career, and spoken in numerous community forums on issues in her expertise. She is a leader with the Sheboygan Diversity, Equity, Inclusion, and Belonging Initiative, which is conducting a Sheboygan County-wide DEI Nonprofit Baseline Survey.

This award goes to someone who performs service to Lakeland University, the church and/or community in two or more of the following areas: leadership in voluntary organizations, sustaining financial support, the contribution of special skills.

Black is a dynamic leader and his two tenures as Lakeland's president saw some of the most significant growth in the institution's history.

He initially served as Lakeland's president from 1989-97, then returned in 2017 and completed his second presidency at the end of 2020. He initially left Lakeland to become president of Eastern College in St. Davids, Pa., a suburb of Philadelphia. He retired from that role in 2013.

Lakeland's enrollment nearly doubled during his first tenure, thanks in part to development of the first graduate programs, the founding of Lakeland's Tokyo, Japan, campus in 1991, significant building projects on the Main Campus and expansion of the evening and online programs.

During this second tenure, he led the introduction of the Cooperative Education program, which led to several of the largest freshman classes in Lakeland's history. His second tenure also included growth of Lakeland's Tokyo campus to a four-year degree program, as well as securing a USDA loan to fund expansion of the largest building project in the history of the main campus.