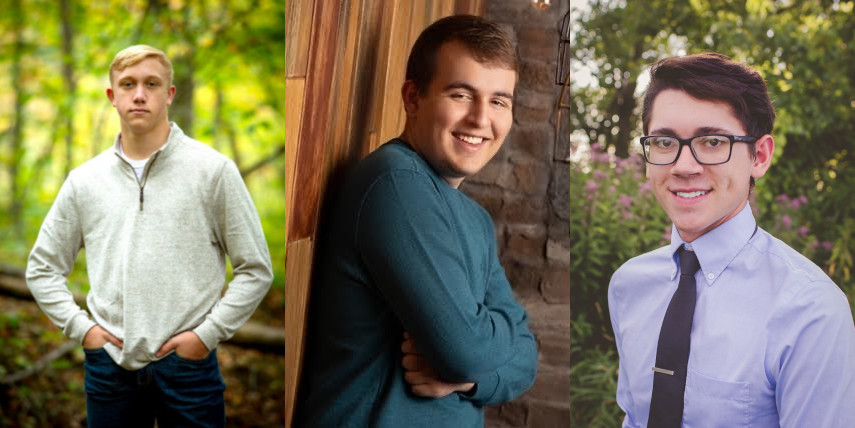 Lakeland University will welcome its seventh class of Sheboygan County Scholars to campus this fall.

This program retains some of the area's most promising young people and prepares them to assume future leadership positions within the region.

Scholars are selected as part of a competitive process and receive a full-tuition scholarship to attend Lakeland. The program fosters the intellectual development, professional networking and leadership skills of the next generation of Sheboygan County's corporate, professional and civic leaders.

DeZwarte plans to major in criminal justice. A passionate outdoor enthusiast, he hopes to eventually work as a conservation officer. He plans to participate in Lakeland’s Co-Op program and play baseball. His career goal is to be a decision maker for Wisconsin hunting and fishing regulations and play a key role in enforcement. DeZwarte was a member of the Plymouth High National Honor Society, he played baseball and football, shot trap, was involved in the academic bowl for math and FFA and held several part-time jobs.

Grimes plans to major in education (grades 1-8) and psychology, and he has already taken some Lakeland courses. He also plans to play tennis, join the choir and Psychology Club and serve as a Blue & Gold Champion. He is passionate about mental health and his ultimate goal is to help others support their mental health. While at Plymouth High he was a member of the swim, tennis and soccer teams, the Jolly Pranksters Comedy Sportz Club, Momentum Show Choir, the school musical crew, Model United Nations Club, Chess Club and Peers for Peers Tutor. He achieved the level of Eagle Scout and volunteered numerous hours through his church, a nursing home, the school and food pantry/Hunger Task Force.

Hager plans to double major in marketing and accounting and play on the baseball team. He hopes to have a career in marketing, while also providing opportunities for his five younger sisters and helping make his hometown of Sheboygan an even better place. While at St. Lawrence, he played basketball and baseball, was involved in the school play and choir and was a member of the math club, match team and international club. He was a Community Builder Award winner, served in several leadership and mentorship roles and volunteered at his church and at several food pantries.