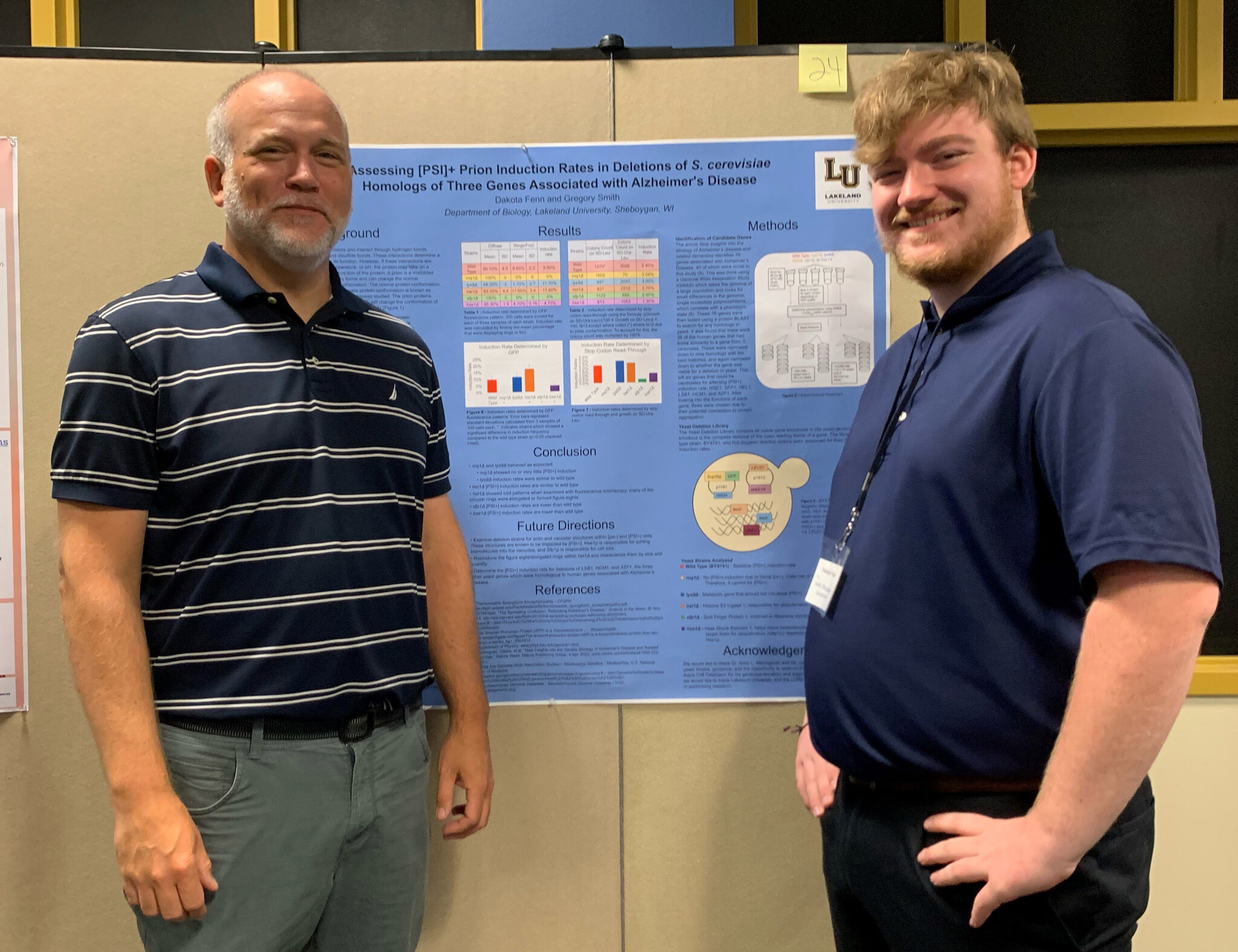 Fenn, a junior biology major from Sheboygan Falls, Wis., and Smith conducted their research through Lakeland Undergraduate Research Experience (LURE), a summer research program that has students and faculty working together. Lakeland LURE students have been presenting at the Marquette event regularly since 2005.

Fenn and LU Associate Professor of Biochemistry and Chemistry Jered McGivern found a research article that identified 76 human genes associated with Alzheimer's Disease. Fenn spent the first few weeks of his research looking at those 76 genes and performing sequence analysis to determine if any had similar genes (homologs) in the model organism (Saccharomyces cerevisiae or Baker's yeast) Lakeland studies.

“Since Alzheimer's Disease and the prion diseases we study both involve protein aggregation, the idea was that looking at similar genes might identify new genes which impact prion formation,” Smith said. “We selected three of the most promising candidates for further study.”

With the help of Smith’s collaborator, Anita Manogaran from Marquette University, Fenn and Smith obtained yeast strains which were deleted for each of these three genes. Fenn determined that deletion of each gene altered the rate at which the prion aggregation state formed in yeast. Smith said none of these three genes had been previously known to impact prion formation.

The work by Fenn and Smith was one of 24 posters from 15 biology research labs at the Marquette Symposium.

Learn more about the LURE program at the program’s website.