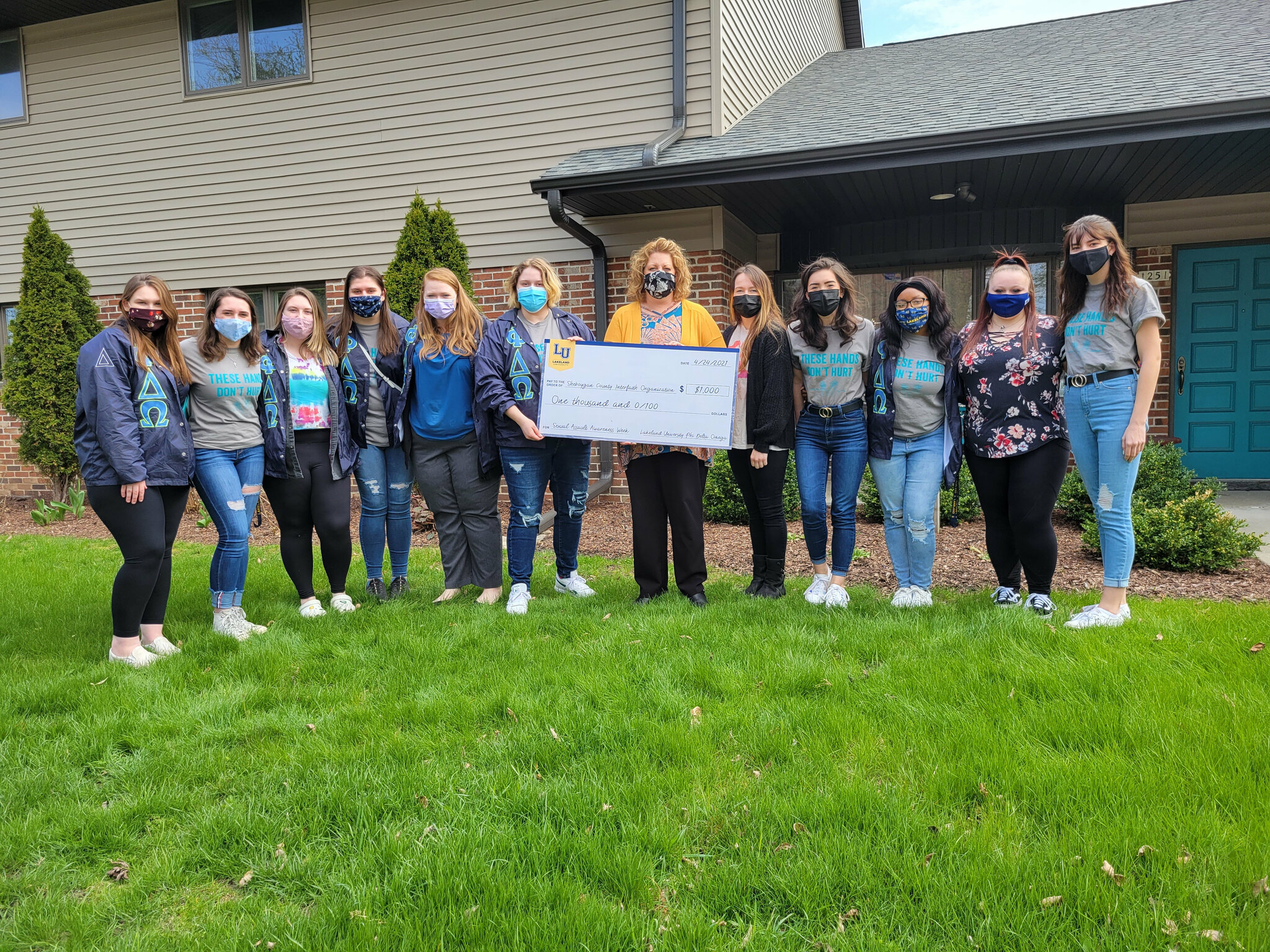 The week includes fundraising for a charity, and this year’s beneficiary was the Sheboygan County Interfaith Organization, which serves members of the community who are often marginalized, disadvantaged, underserved and underrepresented.

Throughout the week, sorority members were in the Younger Family Campus Center with teal apparel and sign-ups for the week’s activities. The Daily Grind assisted in bringing awareness by offering blue-frosted cupcakes and a designated drink for the first day of SAAW Week.

Phi Delta Omega has previously held a 5K Teal Out Run the last day of SAAW week. This year, the group tried something new to accommodate COVID-19 as well as have even more fun. The sorority partnered with the Zeta Chi fraternity for a 10-hour charity stream on Twitch where participants played games, talked about the week and had raffles on-stream all while raising money.

“The stream was extremely successful and helped us spread Sexual Assault Awareness to people off-campus and outside of Wisconsin,” Vrba said. “Thanks to generous donations from alumni, friends and anonymous patrons, we raised $384.69 from the stream alone. Added to the earnings from the rest of the week, we are happy to present a $1,000 check to The Sheboygan County Interfaith Organization.”

This year’s Phi Delts hope the excitement and impact of their efforts continues in future years. “Thank you so much to my sisters and brothers in PDO and ZX for their overwhelming support and effort, as well as to Lakeland and President Beth Borgen for being so supportive of our cause,” Vrba said. 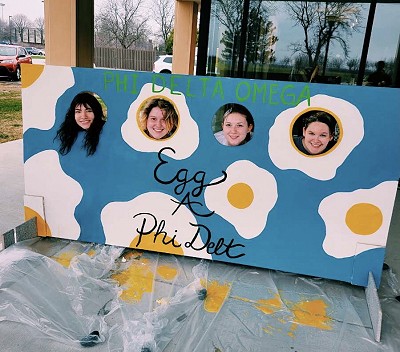