Versatile group of leaders named to LU Board of Trustees 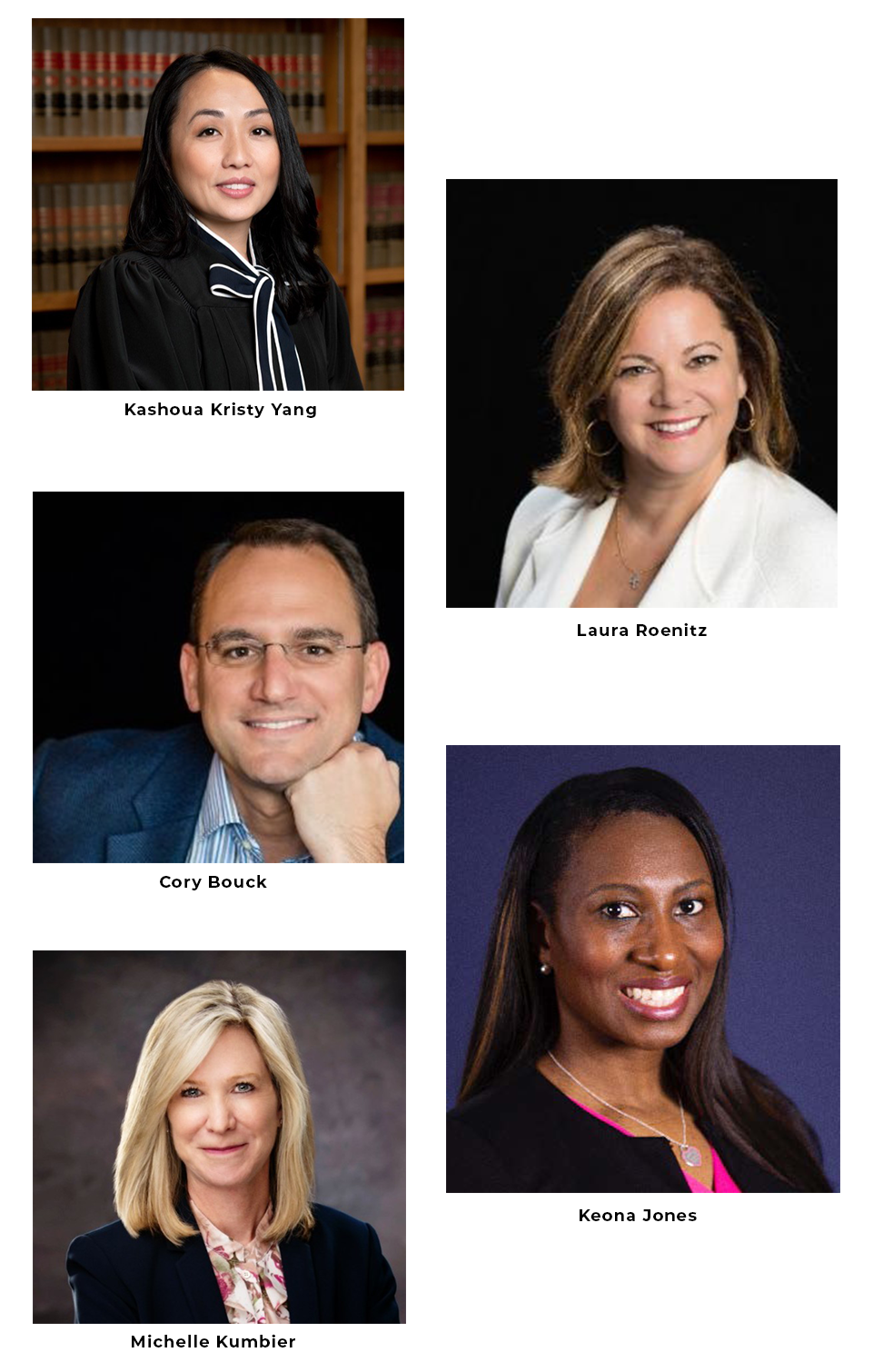 Versatile group of leaders named to LU Board of Trustees

Lakeland University has added five members to its Board of Trustees, a group of regional and state leaders that includes two Lakeland graduates.

Bouck is an accomplished leader and the author of “The Lens of Leadership: Being the Leader Others WANT to Follow.” A graduate of the U.S. Naval Academy and former Naval flight officer, Bouck has led award-winning brand and event marketing teams at General Mills, Newell-Rubbermaid and Johnsonville Sausage.

He joined Johnsonville's organizational development & learning team to create a leader-development system. In three years, the internal promotion rate for leadership positions increased from 40 percent to 70 percent. Under his leadership, the team earned an Excellence-in-Practice award from The Association for Talent Development, one of only five American companies awarded in a field of 25 awards from 125 global submissions.

Outside of work, he served two terms as an elected city councilman, chairing several committees while working with state and federal legislators. He a pilot and youth mentor in the Civil Air Patrol. He received an MBA with a finance concentration from the University of Maryland’s Robert H Smith School of Business and a master’s certificate in executive management from the University of Wisonsin-Madison.

For more than two decades, Jones has served students and families as both an educator and school administrator. She was appointed as an assistant state superintendent in March of 2019 and is responsible for the Office of Educational Accountability, Office of Student Assessment, Title I and School Support Team, and Wisconsin Educational Opportunity Programs.

Jones has worked at various levels of both public, private and higher education institutions, including serving as the deputy chief of schools in the Racine Unified School District. She has been a special education teacher, assistant principal, principal, education director of early childhood programs, executive director, consultant, central office administrator and adjunct lecturer in the School of Education at the University of Wisconsin-Milwaukee.

She was named Administrator of the Year by the Wisconsin Association for Talented and Gifted. Jones received a bachelor’s degree in special education from the University of Wisconsin-Whitewater and a master’s degree in educational leadership/curriculum and instruction from Cardinal Stritch University in Milwaukee. She will complete a doctoral degree at Cardinal Stritch in 2022.

Previous senior executive positions included leading major areas of the business such as product development, supply chain and manufacturing. Prior to joining Harley-Davidson in 1997, Kumbier began her career at Kohler Co. in 1986, where she held a variety of positions in both the plumbing products and engines divisions. She has a track record of creating and implementing significant value added strategies and initiatives.

She previously served nine years as executive director of Safe Harbor in Sheboygan. She has a history of successful non-profit and business management, a commitment to the family services industry, involvement in community activities, a solid business background and experience in marketing. Roenitz has held positions at Kohler Co., Jacobson Rost, Polarware and Allsteel.

She received bachelor’s in communications from St. Norbert College.

Prior to ascending to the bench, Yang was a private practice attorney representing individuals in family law, worker's compensation and social security disability matters. Yang has spent significant time on various pro bono and community efforts, such as the volunteer legal clinic and the Legal Options for Trafficked and Underserved Survivors. Currently, she is assigned to the civil division and was previously in Children’s Court and Criminal Misdemeanor.

In addition to her bachelor’s in computer science from Lakeland, she received a Juris Doctorate from the University of Wisconsin-Madison Law School.

2010 graduate enjoys view from the top