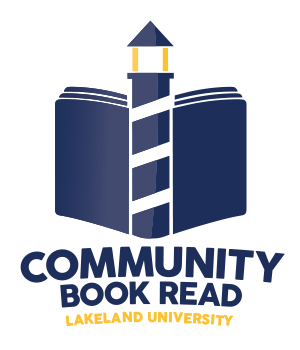 The Lakeland University Community Book Read is an opportunity for the greater community to come together with Lakeland students, faculty and staff and discuss good books and powerful stories.

Each year, after a book is selected by a cross-section of faculty and staff, we invite the entire community to read and discuss the book with us.

In the spring, we welcome the author of the book to Lakeland's campus for workshops with our students, as well as a book discussion with the community.

The Community Book Read is generously supported by the Kohler Foundation, Inc. and the Zieve Foundation. 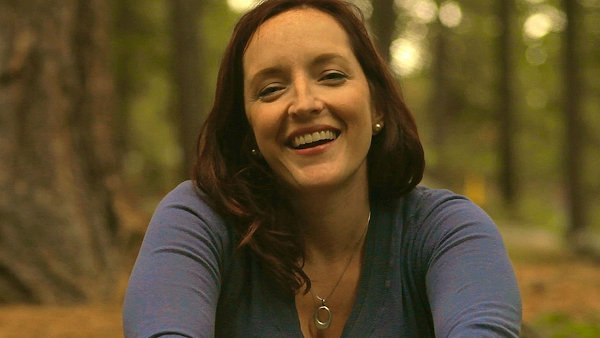 April 23, 2020: For our sixth event, we are reading "The Great Believers" by Rebecca Makkai. She will join us at Lakeland the evening of April 23 for a free book discussion and signing. More details will be forthcoming.

Shortlisted for the 2019 Pulitzer Prize for Fiction, 2018 National Book Awards and winner of the Andrew Carnegie Medal, "The Great Believers" is a masterful story of love, friendship and redemption that intertwines the saga of the 1980s Chicago AIDS crisis with that of a mother trying to track down an estranged daughter in modern Paris.

Hailed by "The New York Times Book Review" as "an absorbing and emotionally riveting story about what it's like to live during times of crisis," "The Great Believers" has become a critically acclaimed masterpiece. It was selected as a New York Times "Best 10 Books of the Year," among numerous honors, and has been optioned by Amy Poehler for a major television event.

In her engaging and instructive talks, Makkai discusses the strategies she uses in her writing process, from overcoming writer's block to turning research into realism. 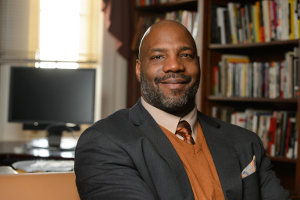 Jelani Cobb: "Between the World and Me" by Ta-Nehisi Coates
Our keynote speaker was Jelani Cobb
The Half-Life of Freedom: Race and Justice in America Today

Jelani Cobb, the Ira A. Lipman Professor of Journalism at Columbia Journalism School and a staff writer at The New Yorker, is the author of "The Substance of Hope: Barack Obama and the Paradox of Progress" as well as "To the Break of Dawn: A Freestyle on the Hip Hop Aesthetic." His articles and essays have appeared in the Washington Post, The New Republic, Essence, Vibe, The Progressive and TheRoot.com.

"Between the World and Me"

Hailed by Toni Morrison as "required reading," a bold and personal literary exploration of America's racial history by "the single best writer on the subject of race in the United States" (The New York Observer)

The 2015 National Book Award winner is a profound work that pivots from the biggest questions about American history and ideals to the most intimate concerns of a father for his son. Author Ta-Nehisi Coates offers a powerful new framework for understanding our nation's history and current crisis. Americans have built an empire on the idea of "race," a falsehood that damages us all but falls most heavily on the bodies of black women and men—bodies exploited through slavery and segregation, and, today, threatened, locked up, and murdered out of all proportion. What is it like to inhabit a black body and find a way to live within it? And how can we all honestly reckon with this fraught history and free ourselves from its burden? Read more. 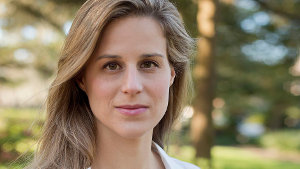 Lauren Groff, author of "Fates and Furies," a finalist for the National Book Award, and Amazon's #1 Best Book of the Year in 2015, was the centerpiece of Lakeland's fourth annual Community Book Read.

Groff spent the morning with students, as well as faculty and staff, for a Q&A, then spoke to a full house in the Bradley Theatre that evening. Groff talked about her books, which include "The Monsters of Templeton," "Arcadia" and the celebrated short-story collection "Delicate Edible Birds," her writing process and answered specific questions from the audience members about her novel and short stories. Read more.

Russell met with students from Lakeland, Elkhart Lake/Glenbulah High School, and IDEAS Academy, as well as faculty and staff, for a Q&A earlier in the day on April 12, and spoke to a full house in the Bradley Theatre that evening. Russell talked about her writing process as well answered specific questions from the audience members about her novel and short stories. Read more.

2015: Ishmael Beah - "A Long Way Gone: Memoirs of a Boy Soldier"
"A Long Way Gone" was a No. 1 National Bestseller and was named one of the Top 10 Nonfiction Books of 2007 by Time Magazine. Read more.