Lakeland University will be offering its new Orff Schulwerk Certification program June 20-July 1, 2022. Over the course of these two weeks, music educators will develop their personal musicianship skills, learn to create stylistically and age-appropriate arrangements, and experience pedagogical models appropriate for the elementary and middle school classroom that emphasize improvisation and creativity. This approach stresses the importance of developing a child’s body, ear, and mind as an integrated pathway to creative expression and comprehensive musicianship. 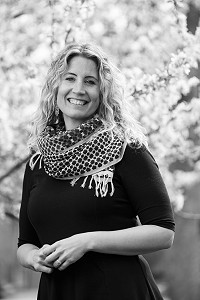 Alicia Knox is an early childhood and elementary music teacher at the Washington Episcopal School in Bethesda, Maryland. She taught for ten years at Colorado Academy in Denver, and then spent 4 years in Shanghai, China teaching at Dulwich College Shanghai Puxi.

Alicia has a Master of Music education degree from the University of Nebraska and completed her Orff training at Southern Methodist University. She attended several Master Classes at SMU and in San Francisco. She has been an approved Orff educator since 2017, teaching Level I courses in Pasadena and San Diego.

As a member of the American Orff-Schulwerk Association, Alicia has coordinated session hosts and monitors and led student performers. She has served on and presented for local chapters as well as mentored music education students. Alicia loves to sing and has participated in chamber and community choral groups in Denver, Colorado, and in Shanghai. 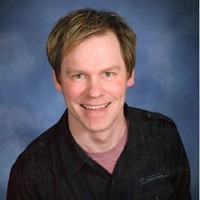 Aaron Hansen is a K-6 Music Specialist at Cedar Heights and Aldrich Elementary Schools in the Cedar Falls School District. Aaron earned both the Bachelors and Masters Degrees in Music Education from the University of Northern Iowa. Aaron is an Orff Certified educator with the completion of three levels of Orff Teacher Training at the University of St. Thomas. In addition, Aaron has completed an Orff Master Class and studied for one week at the Orff Institute in Salzburg. Aaron has presented workshops for local AOSA Chapters and taught Movement for Orff Teacher Training programs at Drake University and the University of Northern Iowa. Aaron’s Elementary Orff Ensembles have performed three times for the National AOSA Professional Development Conference in Omaha, Milwaukee, and St. Louis. Aaron is an active handbell soloist and has recorded three solo handbells CDs. 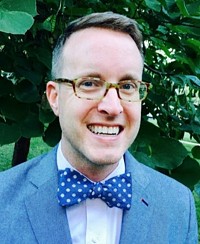 John Barnes is a member of the faculty at Georgetown Day School, Washington, DC, where he teaches general music to students in grades two through eight. Previously, he taught for nine years at Sully Elementary School in Loudoun County, Virginia. While at Sully, John served as chair of the district’s All-County Chorus Festival, contributed to the district’s research newsletter, Stride, and was a finalist for Shenandoah University’s Teacher of the Year award. Outside of the classroom, he has served in several capacities on the board of the Middle Atlantic Chapter of the American Orff-Schulwerk Association where he currently holds the position of past-president. John has presented workshops for various state MEA conventions and local chapters of AOSA in addition to teaching recorder at the University of Kentucky Orff-Schulwerk Certification Program. He completed his Orff-Schulwerk certification and Level IV coursework at George Mason University in Fairfax, VA, apprenticed for recorder at The University of St. Thomas, and has been a participant in additional masterclasses throughout the US. John earned a bachelor of science degree in music education at Duquesne University, Pittsburgh, PA, and a masters degree in saxophone performance at the University of Florida.

Check back soon for more information!

Check back soon for more information!

For new students, the program Director, Dr. Rachel Ware Carlton, will contact you following completion of your application process to assist with registration.

Registration for summer classes beginning in Summer 2022 will open March, 2022.

Tuition and fees are due two weeks prior to the start of the semester.

Lakeland University awards multiple scholarships each year for students who enroll in the Orff Schulwerk Certification program for graduate credit. Students completing Orff Schulwerk coursework for credit must apply for this scholarship each year that they enroll for consideration.

To be eligible, a student must enroll for the Orff Schulwerk Certification program for graduate credit, have earned at least a 3.0 from their undergraduate institution, and demonstrate financial need by completing a FAFSA. Students must indicate their intention to complete all three levels of Orff Schulwerk certification. Students who apply for this award having previously completed Orff Schulwerk level coursework at Lakeland University must have achieved no lower than a 3.0 for their previous work. (NOTE: In summer 2021 only Level I is offered. Therefore, this final requirement will apply in future summers when Levels II and III are offered.)

To apply for a degree, please complete the following steps:

To order textbooks and materials for the course, please visit the following link:

Please note all orders for course materials must be placed at least 10 business days prior to the start of the course to ensure deliver in time for the course.

To ensure the best educational experience and to comply with AOSA standards, the course must have a minimum of 14 students enrolled. If 14 students are not enrolled by May 20, 2022 the program may be delayed. Students will be notified on May 25, 2022 if the enrollment level has required the program to be delayed. Refunds of tuition and housing will be issued if the program is delayed. Lakeland University will not be held responsible for providing a refund for any expenses incurred beyond tuition, housing, and meal plan fees.

Lakeland University is a historic institution of innovation. Music has always been a part of its history.

“We are truly honored to receive this special program and we look forward to taking it to new heights,” said Lakeland President David Black. “Music is an important part of Lakeland’s long history, from the summer music camp we’ve hosted for more than 60 years to the legacies of influential music faculty members like Henry Ellerbusch, Edgar Thiessen, Lew Schmidt and Janet Herrick.”

Students will be housed in Brotz Hall which is conveniently located near Verhulst Center (where many music classes will take place) and the Younger Family Campus Center (where classes and meals will be served.) Brotz Hall features a pod-style layout. A pair of pods share access to a large living area, kitchen, and study. Kitchens feature a refrigerator, stove/oven, and microwave. Laundry facilities are available. Bedrooms are large and fully carpeted. Common areas include a comfortable lounge with a fireplace, a computer lab, classrooms, and plenty of study space.

To sign up for Housing and/or a Meal plan, please contact Mark Edmond, Associate Dean for Campus Life and Residence Life:

Students are encouraged to consider signing up for a meal plan. Students can choose from the following plans:

Meals purchased through the meal plan can be used at the following locations on campus:

To sign up for Housing and/or a Meal plan, please contact Mark Edmond, Associate Dean for Campus Life and Residence Life: