Leading Through A Pandemic

Spring 2021: Leading Through A Pandemic

The COVID-19 pandemic has impacted all facets of life, and posed significant challenges for leaders at all levels, but it has also presented a learning opportunity.

Lakeland University has assembled an impressive and diverse lineup of Wisconsin’s top executives to detail how they led their organizations through the pandemic in a new online course entitled Leading through a Pandemic: Perspectives of Wisconsin Executives.

Students will have the ability to take this for graduate credits or as a professional development opportunity. See below for additional details.

Once a week during this seven-week course you’ll have a unique opportunity to gain insights and interact virtually with well-known leaders! 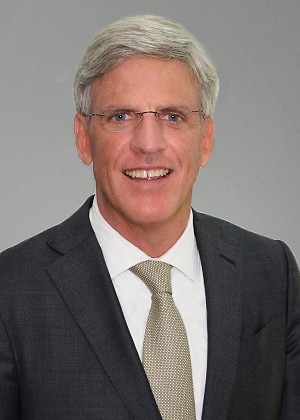 Mike Molepske serves as President and Chief Executive Officer of Bank First Corporation, an independent, relationship-based community bank with 22 locations throughout the state of Wisconsin. He is responsible for providing strategic leadership by working with the board of directors and the senior management team to establish long-term goals, growth strategies, and policies and procedures for the organization. Active in his community, Mr. Molepske currently serves on the board of directors for RCS Foundation, Rahr-West Museum Foundation, and is the Chair of the Officials Committee for the American Barefoot Club, a division of USA Water Ski. Additionally, he serves on the Federal Reserve Chicago District’s Community Depository Institutions Advisory Council. Mr. Molepske graduated from the University of Wisconsin, Madison with Bachelor of Science degrees in Finance and Management Information Systems. He later earned his Masters of Business Administration from the University of Wisconsin, Milwaukee. 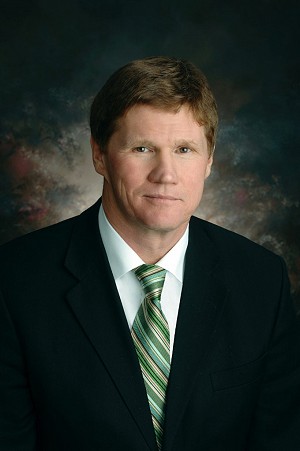 Mark Murphy, possessor of extensive experience in professional football and sports administration, is in his 13th year as the Packers’ President and CEO.

Under Mark’s guidance, the organization continues to rank as one of the NFL’s premier franchises, with highly successful operations both on and off the field. On the field, the team has compiled a 115-75-2 overall record (.604), made a team-record eight consecutive playoff trips from 2009 to 2016 and earned a victory in Super Bowl XLV. Off the field, the club continues to perform well in its business efforts, which allows the organization to support football operations. The fan experience at Lambeau Field, a top priority for the organization, continues to be ranked among the best in sports. Additionally, Titletown, the mixed-use development adjacent to Lambeau Field that opened in 2017, has been a great addition to the Green Bay community.

Mark, who holds a law degree and an MBA in finance, brought a unique and highly qualified background to his role as head of one of the NFL’s flagship franchises, first drawing from a deep understanding and appreciation of the game that comes from an eight-year playing career with the Washington Redskins. Later, he served a combined 16 years as director of athletics at Colgate University and Northwestern University, and was an assistant executive director of the NFL Players Association and a trial attorney with the U.S. Department of Justice.

At the NFL Level, Mark serves on the Management Council Executive Committee, Competition Committee, Health and Safety Committee and the College Relations Committee.

Mark is directing the Packers’ master plan involving Lambeau Field, the Lambeau Field Atrium, the practice facilities, and property the organization owns adjacent to the stadium, including Titletown.

Mark and his wife, Laurie, have been involved in the communities in which they’ve lived, including Mark’s involvement with UW-Green Bay’s Council of Trustees, Positive Coaching Alliance and Big Brothers Big Sisters and Laurie’s establishment of the JAS (Journey to Adult Success) House in downtown Green Bay for teenagers who age out of foster care. Additionally, Mark and Laurie have had the pleasure of serving as foster parents in the community.

Mark and Laurie have four grown children and four grandchildren. 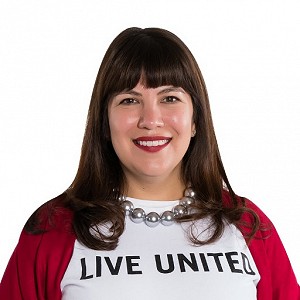 Amy Lindner is the president and CEO of United Way of Greater Milwaukee & Waukesha County and is committed to fighting for the health, education, and financial stability of every person in our local community. Under Amy's leadership, United Way raised more than $150 million for the community since 2018.

Previously, Amy served as the president and CEO of Meta House, a Milwaukee-based nonprofit (and United Way partner agency) whose mission is to end the generational cycle of addiction by healing women and strengthening families, and Amy was a partner at the law firm of Reinhart Boerner Van Deuren. 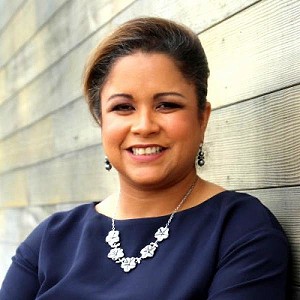 La Hoz, initially Founded Family Bridges as a program of Meier Clinics. Since 2016,Family Bridges has grown from a program in the Chicagoland region to an Internationalnon-for-profit organization focused on family strengthening and professionaldevelopment operating in Chicago, Phoenix, Wisconsin, and several Latin Americancountries. Family Bridges has a global reach through a mini-drama series, Que Gente, MiGente, airing in 26 radio markets worldwide.

La Hoz has developed research-informed curricula on conflict-resolution and stressmanagement based on outcomes of programs delivered to more than 160,000 personsin low-income and distressed communities. La Hoz launched Bridges XL, a professionaldevelopment coaching organization for key leaders and has delivered leadershipprograms to corporate and business organizations such as Envision, University of Chicago, and El Milagros.

In 2013, authored the toolkit for stakeholders Working with Latino Individuals, Couplesand Families published by the National Resource Center for Healthy Marriage andFamilies and Romance Perpetuo, a resource workbook for Latino couples intended tohelp empower couples with communication and conflict-resolution skills. In 2017,Co-Authored the Struggle Is Real: Modern Parenting, a book and multi-media podcast.

La Hoz is also an a board member of Family Life, serves an advisory board member totwo national non-for-profit organizations, Elevate USA and Meier Clinics, and for fouryears served on the Hispanic Research Work Group held by the Office of Planning,Research, and Evaluation within the Administration of Children and Families, U.S., HHS. 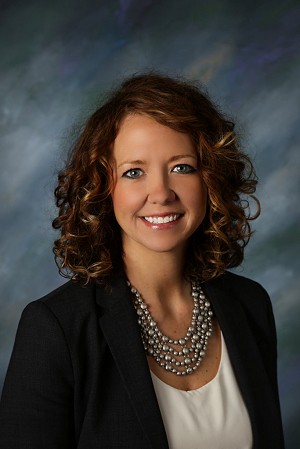 Sondra has served as adjunct faculty for Lakeland University's healthcare management undergraduate and graduate programs, has guest lectured for Concordia University’s Nursing program, and also serves as a Preceptor for the University of Wisconsin-Eau Claire’s Health Care Administration degree program, where she also serves on that programs Advisory Council. Sondra serves on the Board of Directors of LeadingAge-Wisconsin, where she is the Vice Chair of Public Policy, and on the Performance Improvement Committee at Holy Family Memorial Hospital in Manitowoc. In 2015, Sondra received the “Tomorrow’s Leaders” award from the Catholic Health Association in Washington D.C. and graduated from the Leadership Fox Cities program. 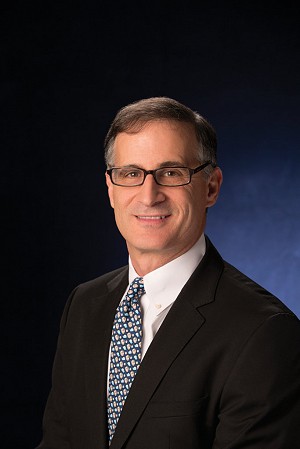 Rick Schlesinger enters his 18th season with the Brewers and second in his current position after being promoted on January 23, 2019. He has previously held roles with the organization as executive vice president of business operations (2003-10) and chief operating officer (2011-18).

The Brewers have established new records in nearly every aspect of the business during Schlesinger’s tenure. In 2019, over 2.9 million fans attended games at Miller Park, marking the 12th time in the past 13 seasons that the organization has surpassed 2.5 million in attendance.

In 2019, the organization completed two significant initiatives. First, the team undertook an extensive renovation of its Phoenix-based Spring Training complex, American Family Fields of Phoenix. The $60-plus million project included a new building housing the clubhouses as well as vastly improved facilities for all baseball operations functions. It also featured a wide array of enhancements to the fan experience at the complex, including new concessions, retail stores, seating and scoreboard.

Second, the team introduced a new logo and uniform system centered around a modernized version of the iconic ball-In-glove logo, which was first introduced in 1978. Four new uniforms were included in the new system, including a cream-colored home uniform with an industrial font.

This season, the Brewers will introduce two new fan experiences at Miller Park. The Restaurant To Be Named Later replaces Friday’s Front Row Grill and features a menu that celebrates a variety of Wisconsin favorites with twists on classic food and beverage offerings. The team is also adding a new bar and viewing deck located in left field on the Loge Level to be known as the Miller Lite Landing.

Prior to joining the organization, Schlesinger spent five seasons (1998-2002) as vice president of business and legal affairs/assistant general manager for the Anaheim Angels. He previously worked for Walt Disney Pictures and Television in motion picture development and production and at the Los Angeles law firm of Latham and Watkins. 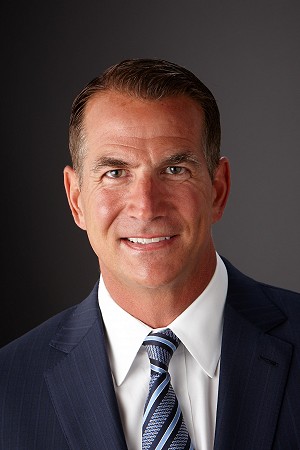 David Kohler started at Kohler Co. working in every manufacturing division on the front lines. He rejoined Kohler as Director – Fixtures Marketing in 1993 after working at Dayton Hudson Corporation. Since then, he has served in progressive roles including Vice President Sales, Sector President – K&B Americas, Group President – K&B Group, Executive Vice President, and President and COO of Kohler Co.

David currently serves on the Board of Directors of the following four organizations: Kohler Co., Interface Inc., Interceramic and the Green Bay Packers. He received his bachelor’s degree in political science from Duke University and his master’s degree in management from the Kellogg School of Management at Northwestern University. David is also a graduate of the Voyageur Outward Bound School in Ely, Minnesota and is a past Chairman of the Young Presidents’ Organization, Intercontinental Chapter. David and his wife Nina have four children and live in Kohler, Wisconsin. 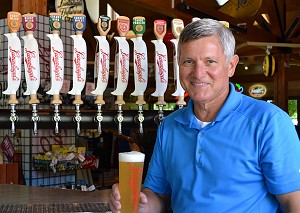 Dick Leinenkugel is President and Chief Beer Merchant for the Jacob Leinenkugel Brewing Company having been appointed October 1, 2014. Dick joined the Tenth and Blake Beer and Cider Company in 2010 as Manager – Business Development after serving as Wisconsin’s Commerce Secretary from 2008 to 2010. Dick spent 21 years with the Jacob Leinenkugel Brewing Company based in Chippewa Falls, Wisconsin, as District Sales Manager, Chain Account Manager and VP – Sales and Marketing. Before joining his family’s business in 1987, Dick was the Tournament Director for the LPGA Women’s Kemper Open golf tournament based in Hawaii. Upon graduating from Marquette University in 1980 with a B.S. in Business Administration, Dick served four years as an officer in the United States Marine Corps.

Dick and wife, Jean, of 36 years, have three grown children, Jeffrey, Katie and Lindsay and enjoy their cabin in Eagle River, WI, when not in Chippewa Falls.

Everyone Is Welcome To Register

Whether you are interested in earning college credit, or are just seeking a professional development opportunity ... all are welcome to register!

You can take this as a three-credit course toward a Lakeland master of business administration or master of science in leadership and organizational development degree.

Student's pursing their bachelor's degree can also take this course. They must be in senior standing and have earned a GPA of 3.0.

All students will research and present on how their employers have adapted to the pandemic and create a pandemic preparation plan in anticipation of a future business disruption.

Please talk to your academic advisor to enroll in this class.

Fill out the form at the bottom of this page and an admissions advisor will contact you within 24-business hours.

This course can be taken as a seminar through Develop U, which is run by Launch: Lakeland University Student-Run Businesses. Develop U offers customized workshops and training programs for professional growth.

To register for this course as a professional development opportunity, please fill out the form at the bottom of this page.