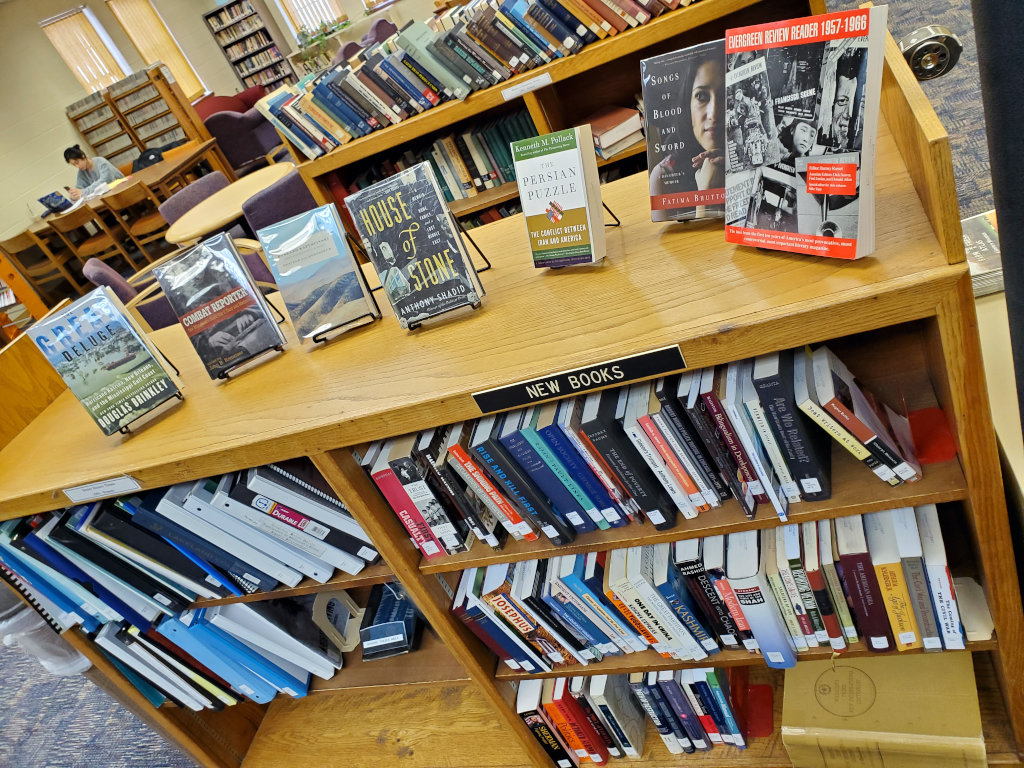 Lakeland University's Esch Library recently received a donation of more than 100 books on communication and media, a gift from a media industry professional.

Amanda Rivkin, a photographer, writer and researcher published widely in the United States and Europe, donated the books from her personal collection. They offer both a historical and contemporary look at media and communication issues. There are also several books focused on Middle East topics.

The books are available to all Lakeland students and employees, as well as through the Monarch Library System which serves libraries in Dodge, Ozaukee, Sheboygan and Washington Counties in Wisconsin.

She has extensive experience in Eastern Europe, Turkey and the Caucasus as well as the Midwestern United States focused on a range of political, social and humanitarian issues.

Her work has been exhibited at the Museo della Scienza e della Tecnologia Leonardo da Vinci in Milan, the American Corner in Trieste, the Harold Washington Library and Loyola University in Chicago, Union Station in Washington, D.C., twice in Aleppo, Syria, and elsewhere.

The gift was made possible through Jackie Spinner, an associate professor in Columbia College Chicago's communication school, filmmaker and former reporter for The Washington Post. Spinner received an honorary degree from Lakeland in 2006 and has been a frequent speaker at Lakeland.