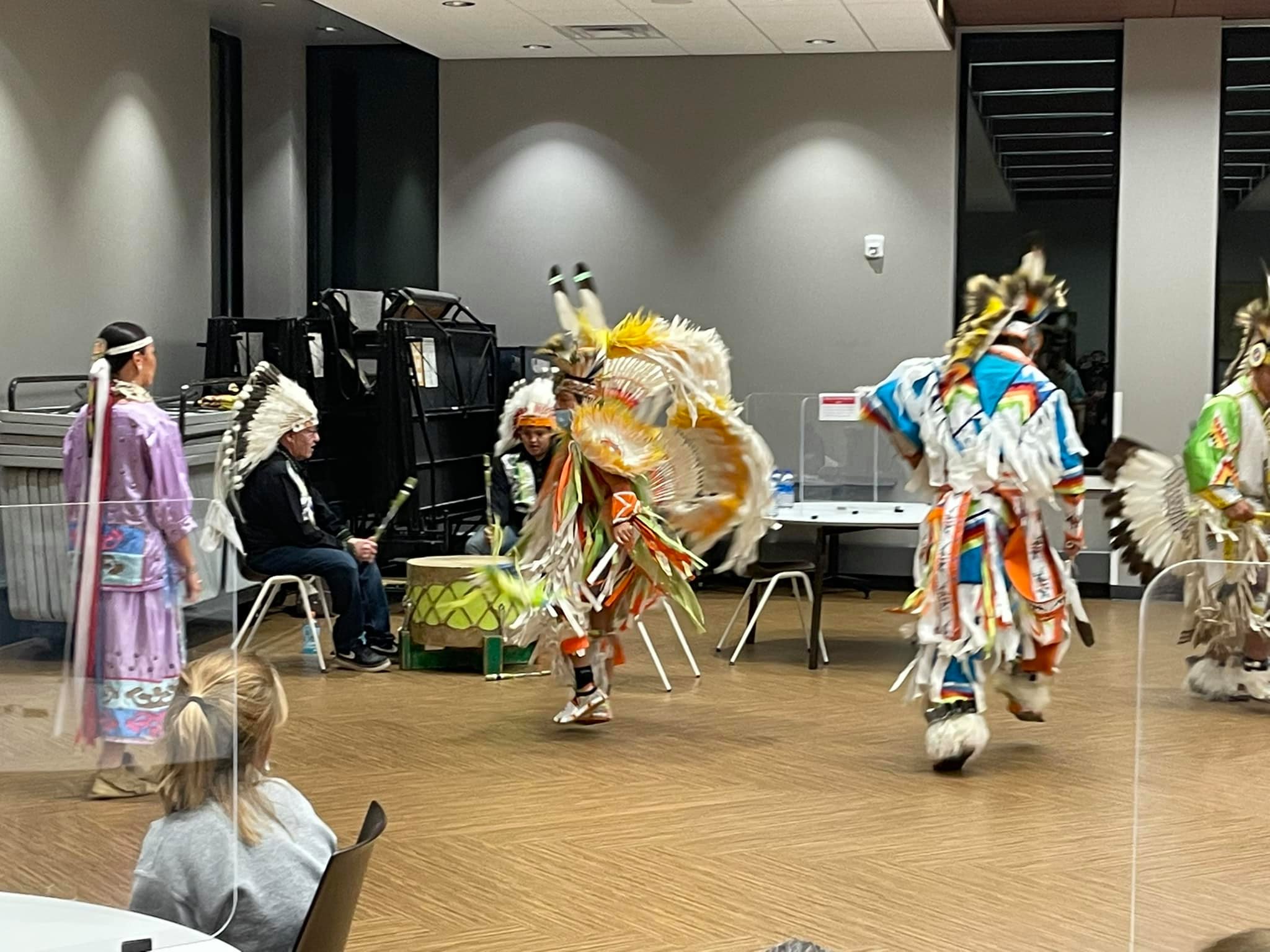 Lakeland University's celebration of Indigenous Peoples' Month was highlighted by the dedication of a plaque recalling the original inhabitants of the land where the main campus is located.

Lakeland resides on land of the Menominee tribe, which was ceded to the Potawatomi, Ho-Chunk, Miami and Sioux tribes in the 1830s. The area was colonized by German immigrants in the mid-1800s, and Lakeland was founded as Mission House in 1862 through a gift of land by two German settlers/farmers.

A short ceremony installed a plaque near Old Main that reads:

"We respectfully acknowledge and honor all Indigenous nations-past, present, and future-for their ongoing and fundamental relationships to the region.

"They lived here before and during the colonization of the Americas, colonization which continues today. This plaque recognizes these Indigenous People of the Potawatomi, Menominee, Miami, Ho Chunk, and Sioux their deracination, expropriation, and continued presence.

"It acts as a reminder to reflect on our past as we contemplate our way forward in partnership with Indigenous Peoples."

Following the ceremony, attendees walked to the Campus Center Event Space for a performance by the Ho Chunk Bear Clan Dancers.

Le'Shay Guy, Lakeland's Director of Student Diversity, Equity & Belonging Initiatives and Assistant Director of the Ulrich Center, said the event and the plaque are a way for Lakeland to show its gratitude, appreciation, and recognition of this area's Indigenous People and signal LU's intention to partner with Indigenous tribes to make amends and support their growth.

"We want to bring homage to this land that has such a rich and troubling history to express our gratitude and appreciation and to recognize Indigenous People's relationship to their ancestral lands," Guy said. "We acknowledge now that we are on the traditional homelands of these tribes."

There are currently 11 federally recognized Native American sovereign nations in Wisconsin, which protects Native land from being purchased or taken by non-Natives and allows them the ability to self-govern on that land.

The history of the Menominee people is rooted in the white pines and towering sugar maples of the western Great Lakes. The arrival of French settlers in the mid-17th century proved to be a great change and adaption for the Menominee as members experienced cultural stress, disease and political and economic instability.

Depletion of Menominee land by refugee tribes fleeing the Five Nations strained the area resources and tribal members could not escape the government's efforts to assimilate. Today, the Menominee are marginally solvent. In 1973, they received federal recognition, and now operate the Menominee Forest. Located in Keshena, Wis., it is considered one of the most beautiful and healthy forests on Earth.