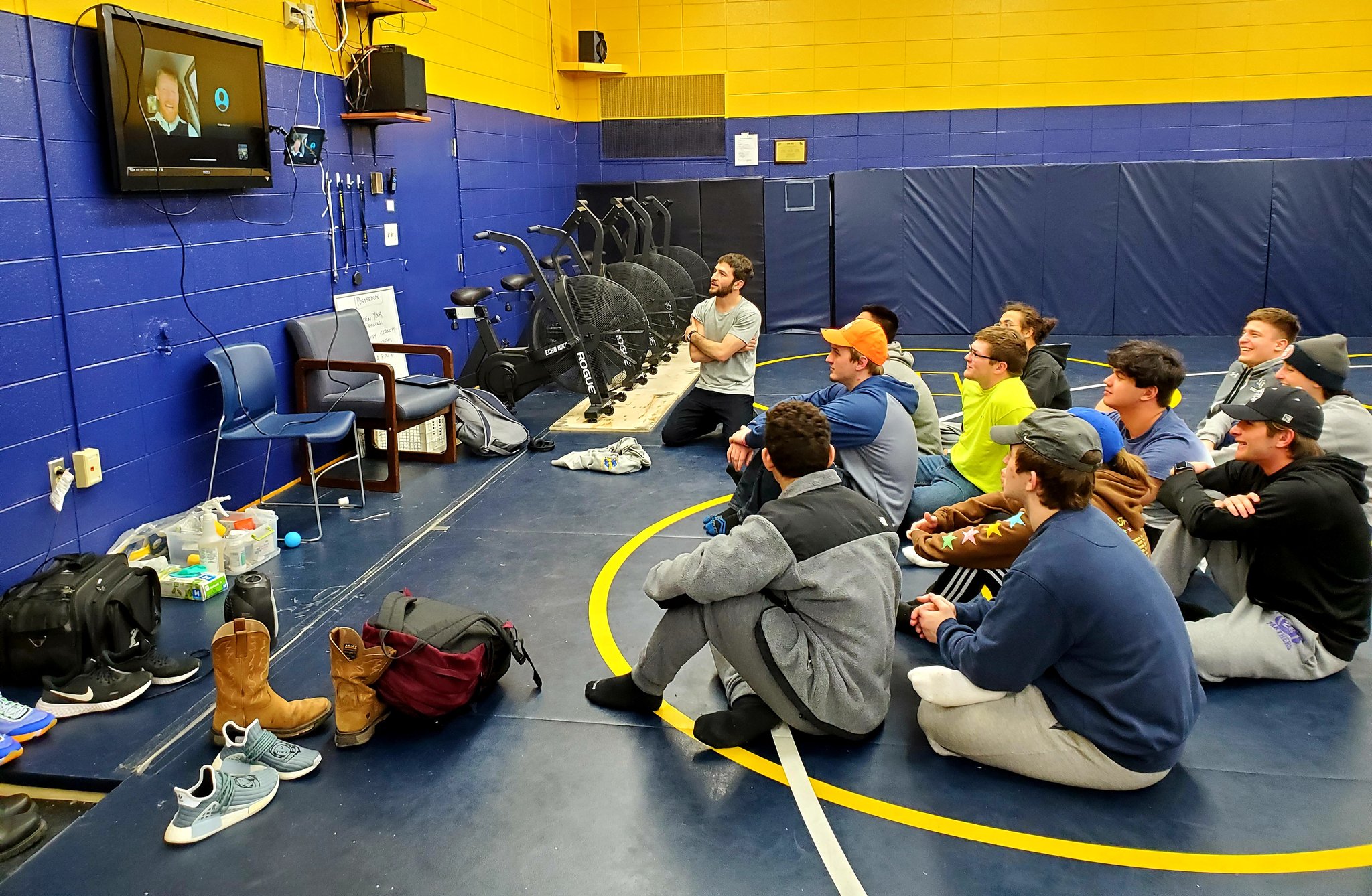 Ultimate Fighting Championship (UFC) veteran Smilin’ Sam Alvey has put together an impressive career as a mixed martial arts (MMA) fighter, and he’s quick to credit his time as a wrestler at Lakeland.

The 2009 Lakeland graduate is in his eighth year with UFC, making him an anomaly among many of his peers who often last only one or two contracts.

“I started from next to nothing and, all modesty aside, I’ve become one of the more successful MMA fighters,” said Alvey, 35, who lives in California with his wife and their five children. “I like doing it more than most people. I do it because I love it. If I had to have another job, I wouldn’t be as happy … I wouldn’t be Smilin’ Sam anymore.”

Alvey spent about an hour earlier this week with the Lakeland men’s wrestling team, sharing advice and stories and answering a number of questions about the UFC, his training habits, his success and future plans. He was the latest guest in an ongoing series where Lakeland Head Men’s Wrestling Coach Ben Rosen asks former Lakeland wrestlers to share their success stories with the current team.

He traces his foundation to his time as a wrestler at Lakeland, training under then-head coach Pete Rogers. The Waterford, Wis., native transferred to Lakeland after two years at UW-Manitowoc County.

Alvey is known for being difficult to take down, a skill he said he learned during his time at Lakeland.

“I blame Pete for that,” Alvey said with a laugh. “I was big enough, strong enough and athletic enough not to get hurt. I liked the physicality of (wrestling). I’ve never been tired to the point where I can’t continue going. Lakeland stepped up its game for me and showed me what it takes to be great.”

Alvey said he’s often asked by athletes how they can get into MMA, and he stresses having a wrestling background and finishing school.

“All the fighters I know that are successful finished school, and many speak multiple languages,” Alvey said. “Being smart helps with fighting. The most dangerous person in the world is a good wrestler. They can dictate where the fight goes.”

Alvey has been coaching and running camps in addition to his fighting. He said during his camps he’s quick to see which campers are wrestlers and who has good take-down skills.

He talked about building his brand as a wrestler, including his unique walk-up song, “Hey, Soul Sister” by Train and his reputation of always smiling, which led to his nickname (watch a 2015 UFC video here to learn more).

“I’ve got people I will never meet tagging me on social media ‘Hey, I heard this song and I thought of you,’” Alvey said. “Find the part of your personality that’s unique and let it shine.”

With baby No. 6 due this May, Alvey said he hopes to return to the octagon later this summer in what could be his final UFC fight. He received a bachelor’s in business management in 2009 from Lakeland and he’s exploring careers in social media content creation, and he said he would love to become a member of the WWE, the popular professional wrestling promotion.

Bottom line, Alvey said, is approaching whatever his future holds with a smile and great passion.

“Find a way to love what you’re doing and love every aspect of it,” he said. “Find a way to enjoy the parts that are un-enjoyable.” 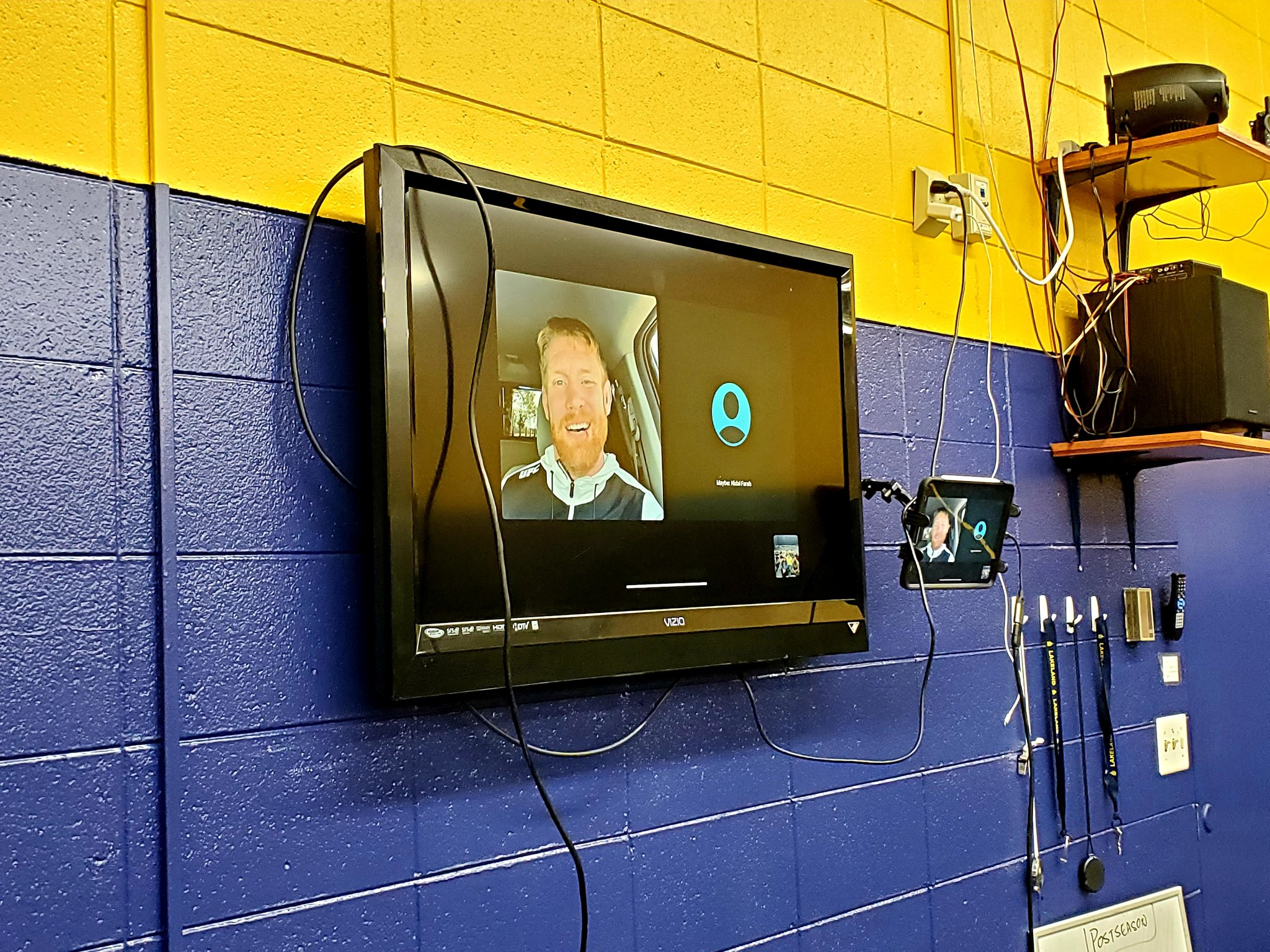