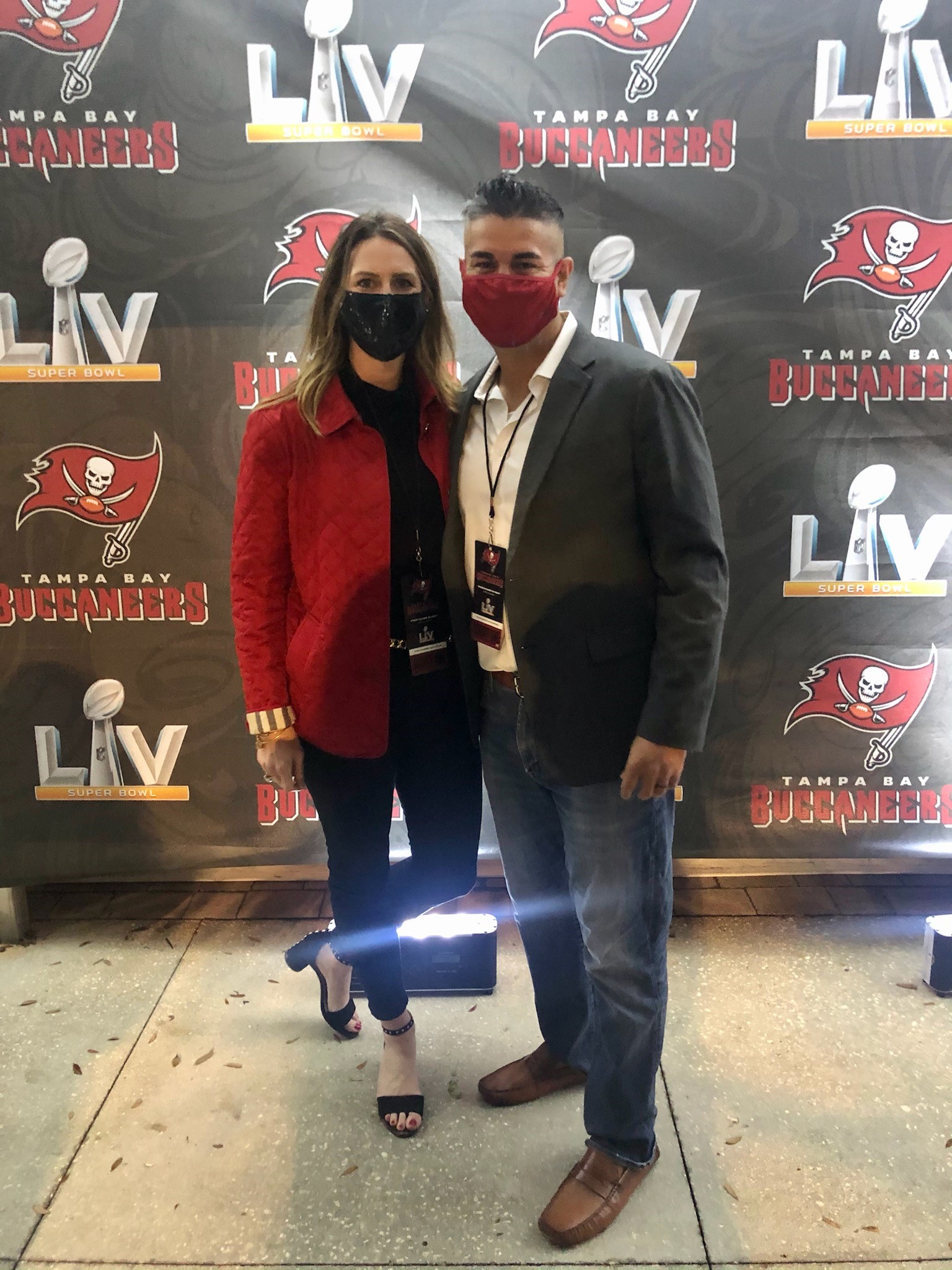 Tom Brady was obviously a key offseason acquisition for the Tampa Bay Buccaneers. But folks who work in pro sports marketing and branding know that Lakeland graduate Steve Vollmer was also a key pickup for the newly crowned Super Bowl champions.

Vollmer joined the Bucs as their creative director in March and had no idea he was on a roller coaster ride that would have his employer winning the NFL title a few weeks short of his first anniversary.

“We got the job offer in March, I started the job three days after my birthday, we moved the family to Florida (from New York) in August and we’re Super Bowl champs in February,” said Vollmer, who graduated from Lakeland in 2003.

It is the latest in an amazing professional career that has included five years as a senior designer with the NFL and two years as creative director with the NBA’s Brooklyn Nets. Not bad for a Muskie who got his first taste of design work at Lakeland.

And, he’s quick to note that this Super Bowl run has been a fun but frantically paced time that’s required all the lessons about branding, marketing and design that he has amassed from each career stop.

“Everybody in the organization hasn’t slept in three weeks,” said Vollmer with a laugh. “They tell you a Super Bowl run is a different level, and that’s such an understatement. Our days started at 6 a.m. and often went until 1 a.m. The margin of error is happening in real time, and the pace has been incredible.”

Vollmer manages a team of six designers and the organization’s full brand platform as he guides the Bucs’ visual point of view across all platforms (digital, print, social media, web, apps, ads, marketing), making sure it is consistent and staying within the team’s brand guidelines, a document that businesses and organizations use to maintain and strengthen their brands.

He manages everything from the team’s own content to team tie-ins with corporate partners. Vollmer makes sure the right projects are assigned to the right designers (and sometimes, he is the right person), based on their skill sets, all the while teaching and coaching them to grow their skills.

“We got a great message from our chief marketing officer early on that some people work their entire careers to get an opportunity to work this hard … we are in it – time to do what you do,” said Vollmer, noting that his prior experience working for the NFL has been invaluable.

“You pray that you get an opportunity to get to a Super Bowl and not sleep until the job is done. I appreciate the blessing we were all in to be part of this game. To win was a bonus.”

While the game is over, the workload is just as intense. Vollmer’s team is working closely with Bucs’ partners who want to capitalize on the big win in their own marketing. It’s tricky, because if the partner is not an NFL partner, they’re not allowed to use the Super Bowl name, logo, etc.

“We still need to work to make them feel special, because their success is an important part of our success,” Vollmer said. “We are plastering the town with our creative content, digital ads, anything that conveys the appropriate message.”

Family is one of Vollmer’s passions. He and his wife, Patricia, moved to Tampa Bay for their family, leaving behind the demands of New York that suited them when they were younger as they sought a lifestyle change for their children, Gabriel (10), Jack (8) and Madison (3).

The team’s owners purchased Super Bowl tickets for everyone who works in the organization with a plus one, so Steve and Patricia attended the game, although he always had one foot on the work side. “Being able to bring my wife to that game, there was no better feeling than to share that with her,” Vollmer said. “We had time to stop and smell the roses.”

The Vollmer kids got in on the experience earlier in the week as the NFL hosted a COVID-friendly Super Bowl Experience, and the Vollmers took advantage of the Bucs’ employees’ opportunity for early access to the park.

Vollmer, who has regularly spoken to Lakeland classes and mentored Lakeland students during his career, has made endless connections throughout pro sports during his time in the industry, and he thinks he might have heard from all of them in the days leading up to and after Sunday’s game.

“I have not been able to read all of the texts yet,” said Vollmer on Tuesday. “My phone is so full. My LinkedIn messages are so full. The amount of calls and messages from family, friends, colleagues … it is an amazing feeling. Being able to share this moment with people who have meant so much to us is very special.” 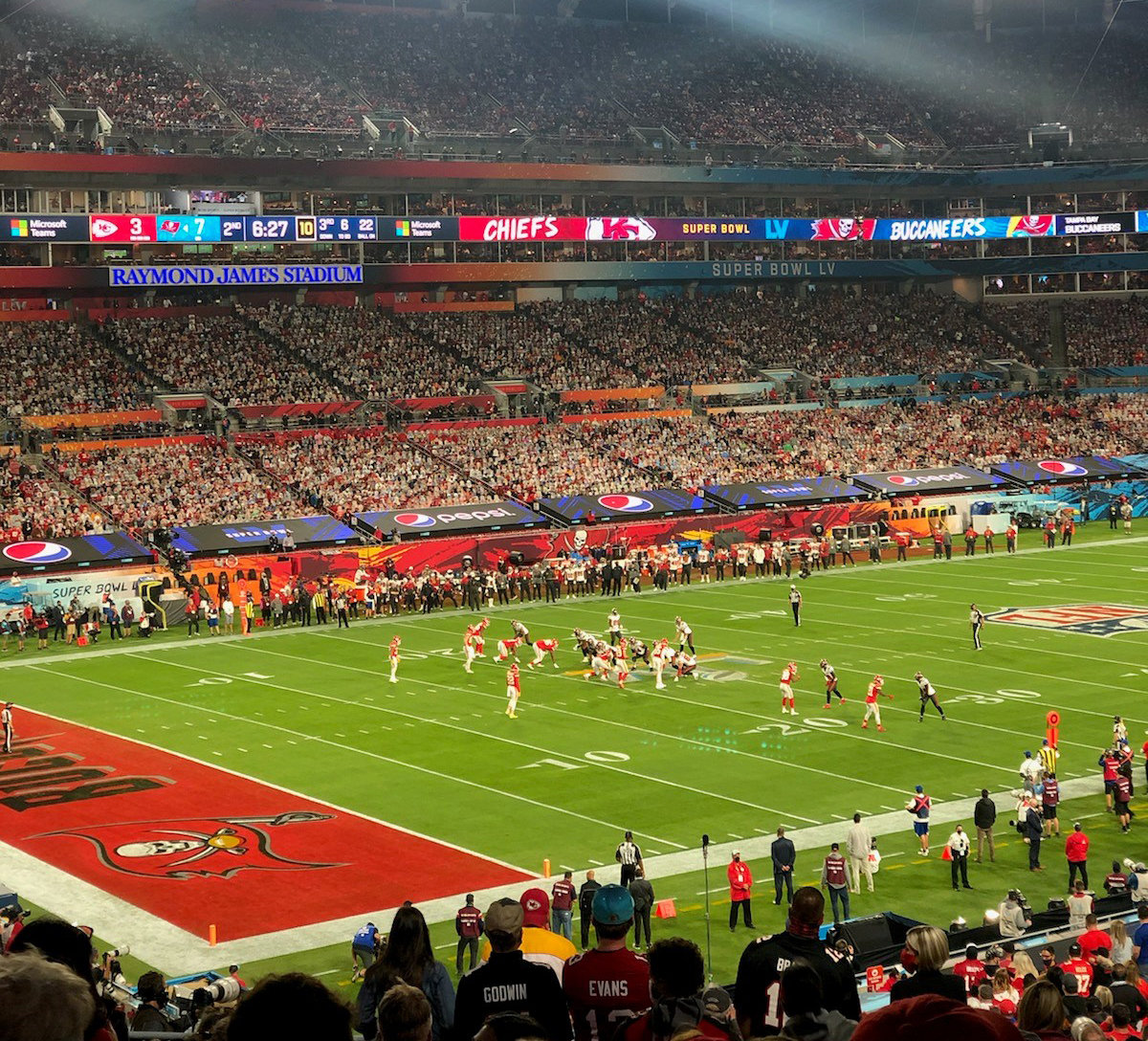 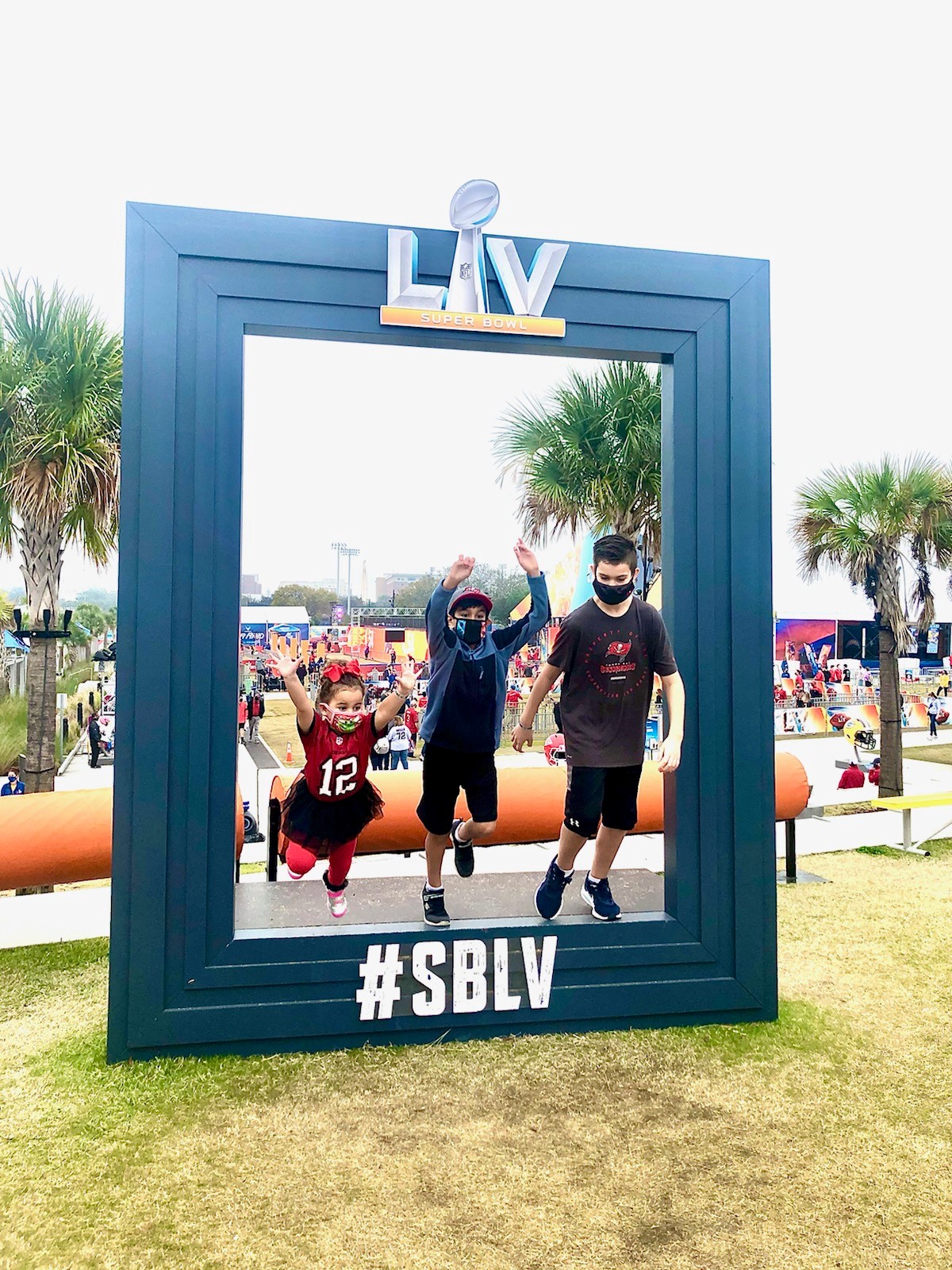