2020 camp has been canceled

In its continued response to the COVID-19 virus, Lakeland University's June athletic camps have been canceled. It is impossible to predict where things will stand this summer, and the health and safety of our students, alumni, employees and the community is always our top priority.

We are excited to host the Lakeland University Wrestling Camps and look forward to teaching campers the skills necessary to compete in wrestling in a fun and educational manner. The camp philosophy is to provide solid fundamental wrestling skills in a fun and safe atmosphere. We will teach techniques that are vital to the athlete in reaching their fullest potential both on and off the mat. All camps are designed to ensure that the participants enjoy their time while gaining a valuable learning experience.

We offer five wrestling camps to choose from:

Check back soon for next year's information!

Don't Miss Out - Register Below!

The Youth Power Rangers wrestling camp is designed to accomplish two main goals... to teach youth the fundamentals of wrestling and to have fun! This guardian participation camp will provide young wrestlers the opportunity to meet and learn from the Muskies wrestling team and coaching staff. The participants will play games, wrestle, drill, watch video and learn about goal setting. We hope this camp will be the foundation for a lot of great future wrestling careers.

The goal of Boy’s High Energy Instructional Wrestling Camp is to remain true to the rich tradition of the Muskies Wrestling Program while evolving the training to meet the needs of the modern day wrestler. Our Wrestling Camp is designed to create a highly skilled and well-rounded wrestler. Each wrestler will be involved in high energy instruction daily. Additional emphasis will be placed on weight training, goal setting, weight management, and mental preparation. Muskies Wrestling instruction is designed to motivate the novice wrestler and challenge the more advanced. It will be up to the wrestler to decide how much they want to achieve. Our experienced coaches will guide and motivate our campers to become the best they can be both on and off the mat.

The Girl’s Power Wrestling Camp is specifically tailored to girl who want to learn wrestling and the life skills involved with success both on and off the mat! No experience necessary! Each wrestler will have the support of high caliber Lakeland University Women Wrestlers and coaching staff who will guide athletes as they develop their skills. We educate wrestlers on technical skill development AND proper nutrition, hydration and the implementation of mental skills training. Our curriculum covers everything from basic wresting fundamentals: stance, position, takedowns, escapes and exposures to more advanced technique and strategy such as: set-ups, finishes, and drilling. Wrestlers will be able to develop championship skills like goal-setting, with an emphasis through hard work. Each wrestler will learn to journal their experience that will serve as a resource for mental skills development and training and nutrition tracker.

The Men’s Intensive Combine Camp will guide wrestlers to become successful individual student-athletes by challenging them physically, mentally and morally. Wrestlers will learn that integrity, character and leadership are fundamental to becoming an athlete worthy of the trust and respect of their team. At the Men’s Intensive Combine Camp, wrestlers will learn world class technique from our staff of college wrestlers and coaches. Special live wrestling competition will be presented on the final day of the camp.

The Women’s Intensive Combine Camp will guide women wrestlers to become successful individual student-athletes by challenging them physically, mentally and morally. Wrestlers will learn that integrity, character and leadership are fundamental to becoming an athlete worthy of the trust and respect of their team. At the Women’s Intensive Combine Camp, young women will learn world class technique from our staff of women’s college wrestlers, including national champion Jayden Laurent. Special live wrestling competition will be presented on the final day of the camp. 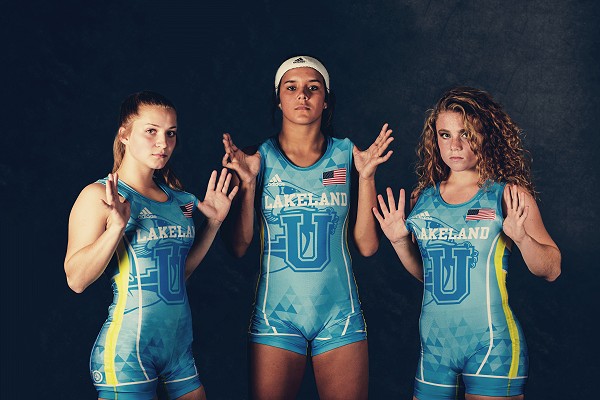 Interested in wrestling at the college level? Use the link below, and fill out our recruit questionnaire - and someone from the Lakeland University coaching staff will be in contact with you as soon as possible.

Experienced coaches will actively teach athletes the skills and techniques used at Lakeland University that have helped their wrestlers become champions and participants in the Men’s NCAA Division III and Women’s WNCC National post-season tournaments.

Jake is the head men’s and women’s wrestling coach at Lakeland University. Prior to joining the Muskies coaching staff, Jake spent four years as an assistant at the University of Wisconsin-Stevens Point. In total he has 11 years of NCAA Division III coaching experience, as well as experience competing at the collegiate and national levels.

Calhoun was a three-time all-Wisconsin Intercollegiate Athletic Conference honoree and conference champion at 125 lbs. in 2007, and after competing in college he also continued his career. He reached University Level All-American status in Greco-Roman wrestling and wrestled in the World Team Trials in June 2013 for a spot on the World Team. He also qualified to compete in the 2014 World Team Trials.

Joel Krueger is an assistant coach with the Lakeland men’s and women’s wrestling programs. Krueger joined Lakeland after having been an assistant coach at NCAA Division II New Mexico Highlands University for four years. Krueger was involved in a number of aspects of the program, including coaching an NCAA national qualifier and a Rocky Mountain Athletic Conference individual runner-up.

Krueger also has experience coaching as an assistant at Vista Murrieta High School in Murrieta, Calif., and also was a co-founder and assistant wrestling coach with the Bronco Kids Wrestling Club in Murrieta.

Fred Brown enters his eighth season as an assistant coach with the Lakeland wrestling team. Brown has coached for more than 30 years at many levels, including developmental, middle school, high school, junior national and college. Brown was a member of the Coaches Apprentice Program (CAP) through USA Wrestling where he traveled to Turkey to attend the Senior World Wrestling Championships. In 2015 he also was named to the George Martin Wrestling Hall of Fame for Wisconsin wrestling coaches.

Prior to coaching at Lakeland, Brown was the head wrestling coach for 11 seasons at Sheboygan Falls High School. There he led the Falcons to 12 regional titles, two sectional titles and a number of conference championships.

Mitch’s wrestling career began in Evansville, Wis., where he qualified for the state tournament as a junior, then undefeated State Championship as a senior in 1975. That summer, he wrestled for and became Wisconsin’s first Junior National Champion winning both the Greco-Roman and Freestyle titles at 191.5 pounds.

Mitch enrolled at Kansas State University on a football scholarship as a defensive end. After two seasons, he transferred back home to the University of Wisconsin-Madison. While competing for UW-Madison, Mitch was a two-time All-American, two-time Big Ten Champion and co-captain of his junior and senior teams. On the international scene, his wrestling career also flourished.

In 1977, he placed fourth for the USA team in the world Junior Championships. After 1980, Mitch concentrated on freestyle and earned two national titles, along with a bronze medal in the World University Games. In 1982, he qualified to wrestle for the USA team at the Freestyle World Championships and finished his wrestling career, taking second place in the 1984 Olympic trials to eventual Olympic champion, Ed Banach. He is one of only a handful of wrestlers to ever wrestle in both the Greco-Roman and Freestyle World Championships.

Upon graduation, Mitch worked as a graduate assistant and assistant coach for the University of Wisconsin. In 1988, he became the head wrestling coach at Purdue University, a position he held until 1992. During his last two years at Purdue, his teams placed seventh and 12th in the nation, the highest finish for a Purdue wrestling team in 40 years.

In 1992, Mitch took the job as National Team Director for USA Wrestling in Colorado Springs, which allowed him totravel the world as a U.S. representative of our sport.

Maddy is from New London, Wis., and came to be a part of Lakeland’s first women’s wrestling team, competing at 123 pounds. Maddy has been wrestling since age 5. She was a four-time WWF women’s high school state champion, Fargo all-American (7th place), Folkstyle National champion (2014), four-year varsity wrestler for New London High school and two-year team captain. Maddy recorded the first-ever win in program history. Finished third at the Waldorf (Iowa), fourth at the MacMurray Dr. Bob Kellogg, and finished 2-2 at the Women’s Collegiate Wrestling Association Nationals – getting to the round of 16. In high school, Maddy was a four-year letter winner and two-time captain on the wrestling team and also lettered three years in softball, two years in swimming and one year in tennis. 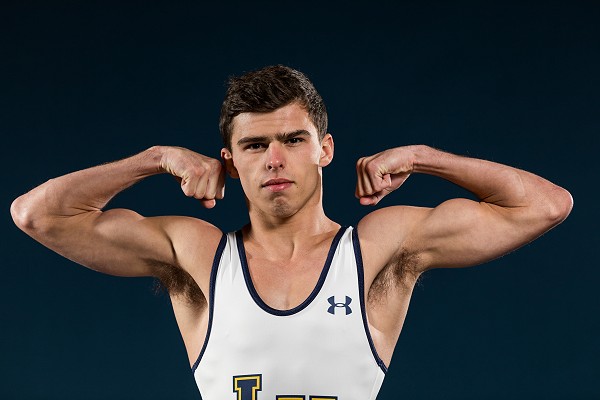 Please fill out the form below, and select the camp you are interested in attending. For additional camp and/or recruiting information contact Jake Calhoun at Calhounjs@lakeland.edu