Speakers named for May 7 Commencement ceremonies 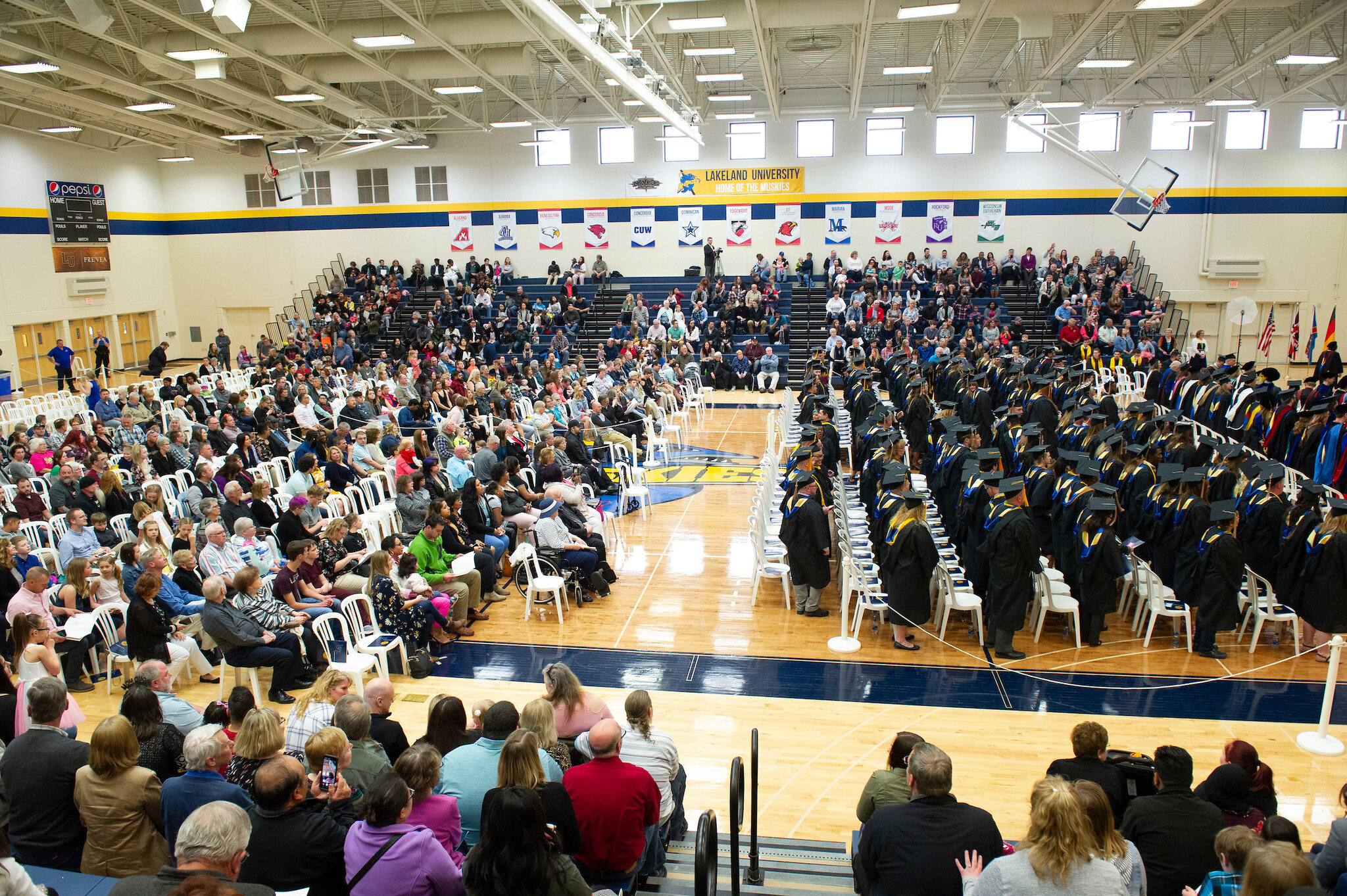 Speakers named for May 7 Commencement ceremonies

Speakers for Lakeland University’s three commencement ceremonies have been selected.

Lakeland will hold its 160th commencement on Saturday, May 7, in the Woltzen Gymnasium in the Wehr Center on LU’s Main Campus.

All three speakers will receive an honorary Doctor of Humane Letters from LU.

In 2016, Terrell was recognized as one of the most influential African Americans in Wisconsin and she received the 2018 MPS Foundation Legacy Alumni Award. Other recognitions and awards include the Black Women’s Network Legacy of Leadership in Education Award; the NBCDI-Milwaukee Affiliate Early Childhood Recognition Award; the Community Brainstorming Conference Children’s Advocacy Award; and the MATC Centennial Alumni Award.

She has a master’s degree in educational leadership, a master’s in cultural foundations of education, a bachelor’s in education and an associate and apprenticeship certificate in early childhood education.

Leinbach is a nationally recognized science educator and leader in community-based environmental education. He facilitated the grassroots effort to create and grow the Urban Ecology Center. The Center’s formula of using environmental education as a tool for inspiring urban revitalization has captured the attention of urban planners and educators across the globe.

Leinbach and the Urban Ecology Center have been featured in local and national media outlets, and in Richard Louv’s best-selling book, “The Last Child in the Woods.” Leinbach’s recently published Amazon best-seller book, “Urban Ecology: A Natural Way to Transform Kids, Parks, Cities, and the World” is being used as a case study in college courses as well as in leadership circles in for-profit and non-profit arenas.

He is a certified high school teacher and has 30-plus years of experience teaching and developing environmental science programs in Wisconsin, Michigan and Virginia. He holds a biology degree, a master’s degree in environmental education and an honorary doctorate of fine arts.

Leinbach is a member of the Governor-appointed Wisconsin’s Coastal Management Council and is a founding member of the Academy for Systems Change, an international leadership program focused on global change.

Poirier joined Church Mutual in April 2011 as vice president — claims and was promoted to chief operating officer in October 2011. He was named president in 2014. He assumed his present position in January 2016.

After receiving a bachelor’s from Marquette University in 1983, he was given a direct commission in the United States Navy through its Law Education Program. Poirier earned his Juris Doctorate from Marquette in 1986. Following law school graduation, he entered four years of active duty as a Navy judge advocate in Norfolk, Va.

Following his discharge from active duty, Poirier continued his service in the Navy Reserves. He held several prestigious assignments, including two commanding officer tours. He retired in 2010 at the rank of Captain. His numerous awards and decorations include two Navy Achievement Medals, two Navy Commendation Medals and a Meritorious Service Medal.

Poirier is active in numerous civic organizations. He currently sits on the Board of Directors of Aspirus, Inc.; the NTC Foundation; the Marathon County Chapter of the Boys and Girls Club of America; and the Wausau Wolf Pack Youth Lacrosse Association.