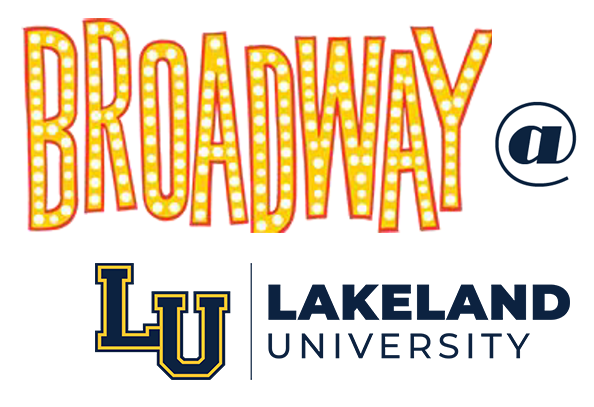 Lakeland University is proud to announce a new partnership with New York's Institute for American Musical Theater (IAMT) to bring three award-winning artists and teachers to LU next April for a free one-day Broadway Bootcamp.

High school and current Lakeland students will train on April 9, 2022, with Tony-nominated artists and Lakeland faculty in voice, dance and acting.

“This is the only offering of its kind in the region and we are excited to provide this opportunity to aspiring music and theater students,” said Lakeland Director of Graduate Music Rachel Carlton. “Participants will receive practical advice for entering and working in the musical theatre industry from three Broadway veterans with a wide array of knowledge and experience.”

The teaching staff includes three leaders with The Institute for American Musical Theatre who are industry experts:

Broadway Bootcamp participants will rotate through workshops in voice, dance and acting followed by an afternoon intensive course and panel discussion with musical theatre professionals. Lunch will be provided.

The Institute for American Musical Theater is “Broadway’s School”, working with students who have the passion and desire to pursue a career in musical theater. IAMT is a post-secondary, two-year professional training program with summer program offerings for students ages 12-19.

Registration is open for this free opportunity. Visit Lakeland’s Broadway Bootcamp website to sign up or to learn more.

Drost’s brainchild and teaching methodology called VoiceBarre®, has been called “genius” and “life changing” by his students and peers. VoiceBarre, a systematic approach to vocal technique, was developed after his 29 years of stage experience as a singer, dancer and actor and his work with Alexander technique, Feldenkrais work, as well as working with some of the best voice teachers, coaches, breathing specialists and otolaryngologists from around the world.

In the Broadway community, Drost is known as The Voice Mechanic® for his outstanding technical and voice rehabilitation work with his professional Broadway clientele. An in-demand teacher, Drost has taught vocal masterclasses around the world. Nearly 40 of Drost’s students perform in Broadway shows and tours.

Drost began his artistic career as a professional ballet dancer working with many of the top ballet companies in the U.S. As an operatic tenor, Drost has performed in more than 30 productions worldwide.

Working professionally since 1999, Minarik’s experience in 15 years of performing is unlike any other in the industry. He performed on two first national Broadway tours, three Broadway shows, many regional gigs as well as held concerts and special performances all over the country.

He has also successfully produced musicals on and off Broadway. He is Tony-nominated for his work as an associate producer of the 27th longest-running musical in Broadway history, “Rock of Ages.”

Minarik understands theater from both a performance and business perspective which makes him an anomaly in this business. He has invaluable knowledge of the industry from both sides of the table and has worked on every level of producing shows.

He brings this unique business knowledge to his classes, sharing with students the acting knowledge garnered over the past 15 years of performing and learning from the best along with his business acumen.

Australian-born Cunningham has performed all over the world. In 2006, Nicholas made his debut on West End in Broadway’s Tony Award-winning Show Movin’ Out. He then joined Matthew Bourne’s company New Adventures in late 2006, starting an international tour with Swan Lake and performing in seven different countries worldwide.

He has done significant television commercial work and assisted in five screen productions, including the feature film “The Boat That Rocked” and a video for the launch of the YSL summer range, in which he also appeared. He was the associate choreographer on the Pet Shop Boys Pandemonium world tour 2009/2010.

Cunningham made his Broadway debut in the Tony Award-winning Broadway revival of “La Cage aux Folles” in 2010 as associate choreographer and dance captain as well as a featured dancer and actor. In 2012, he performed with Broadway’s “Phantom of the Opera,” where he appeared in the 24th anniversary and the 10,000th performance as the Slave Master/Soloist Dancer. You can currently see him eight shows a week at the Majestic Theater in “Phantom of the Opera.”

A Peoples History of Psychoanalysis