No human behavior has evolved more dramatically over the past decade than communication, and there's no stopping these winds of change. Print media continues to scramble, trying to keep up with the ever-changing online world. Social media platforms like Facebook and Twitter become more and more prevalent every day. And video communication is gaining popularity.

When it comes to communication, dramatic change is ongoing, and the traditional ways of reaching an audience simply aren't sustainable – at least on their own. Here at Lakeland University, we are on the cutting edge of the communication revolution, and you will be too.

It's a new media world, and the way we choose to address that fact is by making 'new media' the center piece of the puzzle for our communication major. We've got something new going on, and the curriculum at other colleges and universities just isn't cutting it. They haven't caught on, and we have. There's not another program like ours.

Choose from two fields of study

Depending on what your career goals are, we have two areas of communication you can specialize in. You'll take eight core communication courses that all students with this major will complete and choose between professional communication and rhetoric and public communication.

The professional communication track is for students who want to work in advertising or public relations. This major can also lend itself to becoming a journalist in print or digital media.

The rhetoric and public communication track is for students who are interested in designing media campaigns, running social media campaigns or even working in politics.

Facebook, Twitter and YouTube are just a few forms of "new media" that Lakeland University communication students dig deep into. There are courses on blogging and general web-writing strategies, as well as courses based on Google Analytics and how to track the number of online visits and visitor behavior. We delve into "new media" such as LinkedIn, Pinterest, Reddit, Tumblr, Yelp and whatever may be new and popular by the time you're reading this. 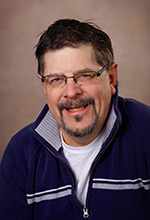 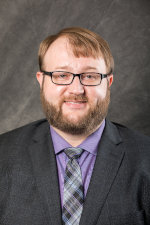